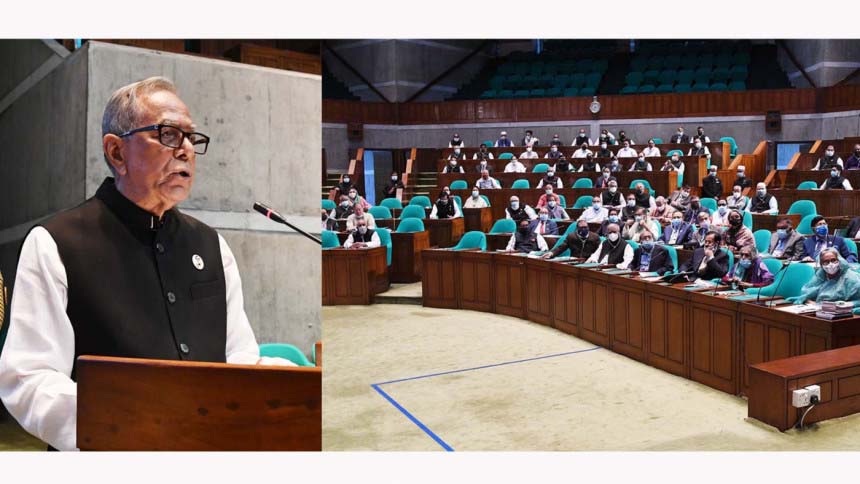 [3] He also said in order to implement Bangabandhu’s vision of “Sonar Bangla”, unity among all — irrespective of religion and background — is required.”Unity must be built against communalism, undemocratic elements and violence. Political parties need to develop a culture of tolerance and mutual respect,” the chief of the state said while delivering his speech in Jatiya Sangsad.

[4]Abdul Hamid delivered the speech on the occasion of the special discussion in parliament to mark the golden jubilee of the country’s independence.Earlier at around 3:00pm, the House went into session with Speaker Shirin Sharmin Chaudhury in the chair.

The president in his written speech, approved by the Cabinet on Monday, highly praised Prime Minister Sheikh Hasina for her bold and indomitable attitude, wisdom, far sight, success in various sectors, successfully tackling the Covid-19 pandemic and making Bangladesh a role model in the world in terms of development