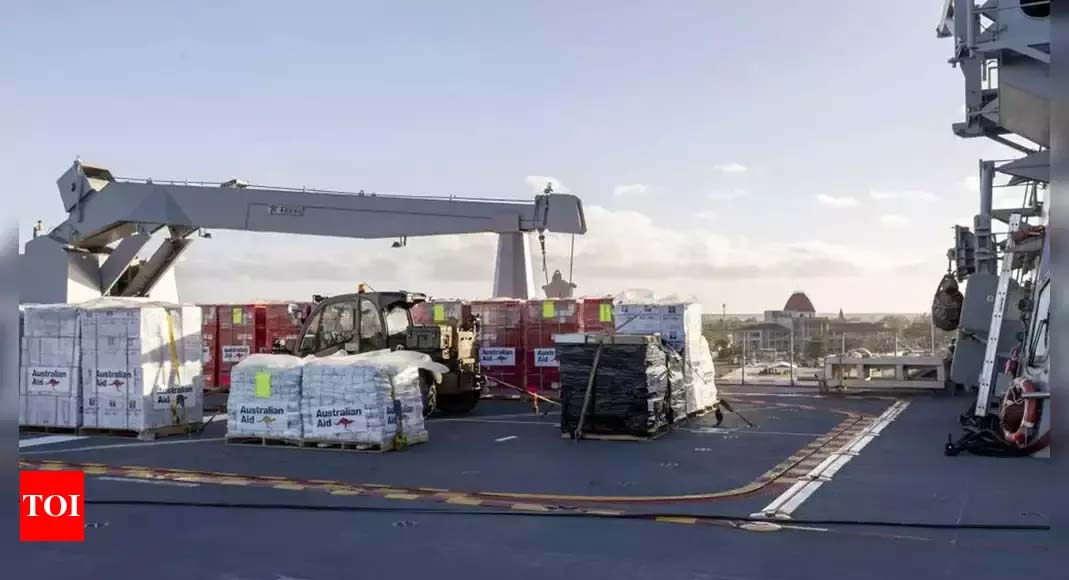 The National News: [2] British and Australian navy ships arrived in Tonga on Wednesday and are attempting to deliver aid without making contact with anybody ashore to avoid spreading the coronavirus in a nation that has never had an outbreak.[3] The danger of spreading the disease was underscored when about two dozen sailors aboard the Australian ship HMAS Adelaide were reported infected on Tuesday, raising fears they could bring the coronavirus to the small Pacific archipelago devastated by an undersea volcanic eruption and a tsunami on January 15.[4] Tonga has reported only one case of Covid-19 since the pandemic began and is one of the few countries that is completely virus free.

Arrivals are typically required to quarantine for three weeks, which has complicated the international disaster response.Britain said its ship the HMS Spey arrived with 30,000 litres of bottled water, medical supplies for more than 300 first aid kits and basic sanitation products. It said the ship’s crew stayed on board and moved the supplies ashore by crane.

“The UK is a long-standing partner of the Pacific islands, and having the ship deployed in the Indo-Pacific meant that we could be there for Tonga in their hour of need, as the island begins to rebuild their homes and communities,” Minister for the Armed Forces James Heappey said.