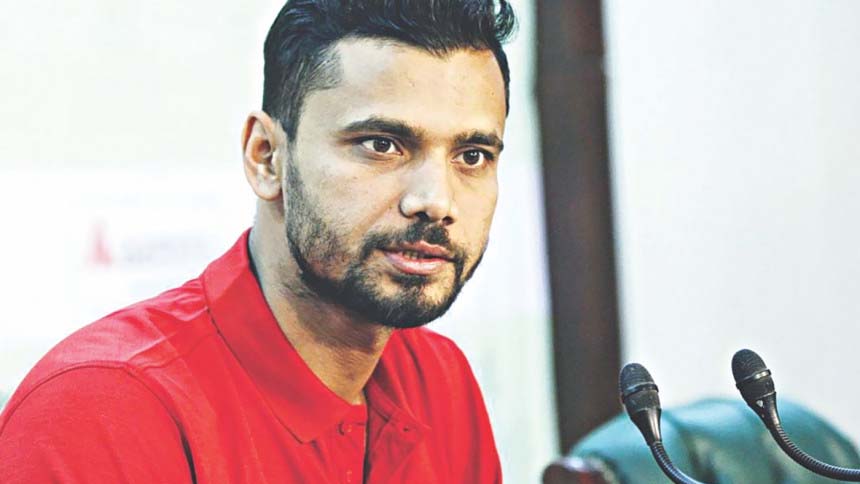 DOT Desk: [2]Mashrafe Bin Mortaza has dubbed current team management of Bangladesh as a ‘rehab centre’, saying that ‘this rehab centre is the resort for all South African coaches looking for employment’.
[3]The former national team captain also called into question the role of the team’s coaching staff and backed skipper Mahmudullah Riyad and batsman Liton Das regarding the mistakes in the defeat against Sri Lanka in the T20 World Cup a couple of days ago.

[4]Mahmudullah and Liton have come under heavy criticism since the defeat — the former for decisions regarding bowling changes and the latter for dropping two catches at crucial junctures of the game, but the coaching staff have remained somwehat immune from the recent spate of criticism, much of which has come from media, general public and former cricketers.

Bangladesh went on to lose the game by five wickets despite being on top of the opposition at half-way stage of Sri Lanka’s chase.

In a post on his personal Facebook account on Tuesday, Mashrafe threw the question whether at the drinks break after 9.4 overs, head coach Russell Domingo, who went inside the ground at that time, relayed any message to Mahmudullah? If he did, Mashrafe wrote, the coach should have later confronted media on questions regarding giving the ball to part-timer Afif Hossain in the 13th over and to himself in the previous over.

Mashrafe further said that the coach should have talked to the captain, if he did not, during the break because, at some crunch situations, messages from the team management help captains choose from various probable decision-making options. The former captain also called into question the wisdom of not using Nasum Ahmed despite having him in the playing eleven while knowing full well of the strength and composition of opposition’s batting line-up.