[1]Tamim plays down face-off with Erasmus 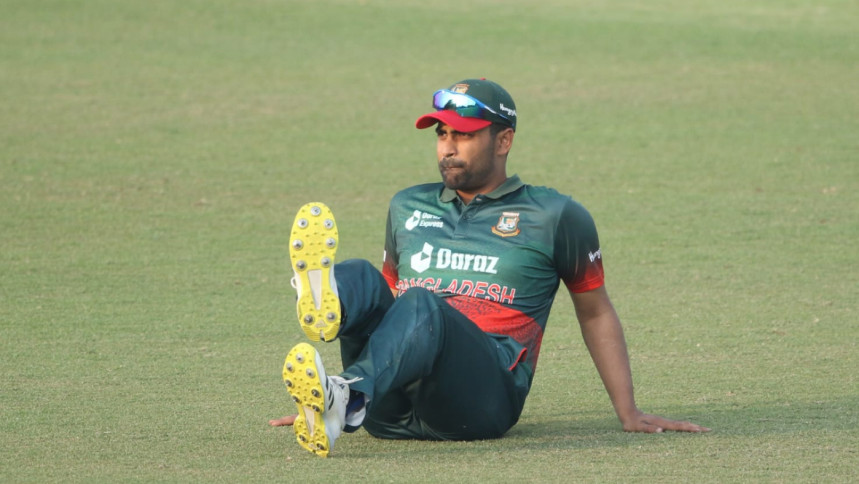 DOT Desk: [2] Bangladesh ODI skipper Tamim Iqbal said that his conversation with the umpire during Bangladesh’s first Test against South Africa in Durban earlier this month was made to look more than what had actually transpired.

[3] The incident took place following the end of the fourth day’s play in the first Test between Bangladesh and South Africa. After a day marred by multiple umpiring errors, Tamim, who had sat out that Test due to illness, was seen talking animatedly with match umpires Marais Erasmus and Adrian Holdstock.
[4] Many local media outlets later claimed that Tamim had ‘threatened’ the umpire during that conversation.

However, during an exclusive interview with The Daily Star, the left-handed opener said that no such thing had happened and that the matter was blown out of proportion.

“The conversation that took place between me and the umpire, I think it was exaggerated a lot more than what actually happened,” Tamim said regarding the matter.

According to Tamim, he only took a stand for Bangladesh.

“I have a very good relationship with the umpire [Marais Erasmus] and if I had done anything that bad I would’ve been punished for breaching the code of conduct immediately, right? Nothing like that happened. Nevertheless, I will always take a stand for my team and I did exactly that,” Tamim added.

A total of eight decisions were overturned following review till the end of the fourth day of that Test, with most of the decisions going against the Tigers’ favour. And Bangladesh, who competed for the first four days, succumbed to a heavy 220-run defeat in the first hour of the final day of that Durban Test.