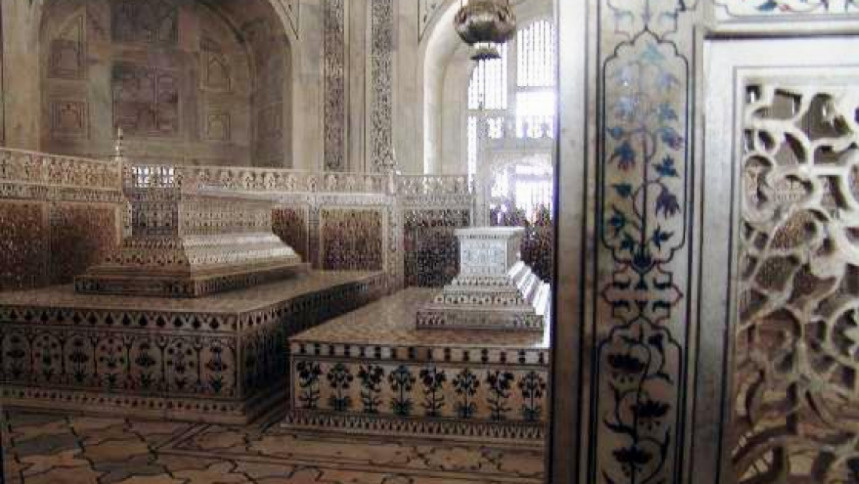 The Times Of India: [2] Top officials of Archaeological Survey of India have said that the contention in the petition filed with Allahabad High Court’s Lucknow bench seeking opening of the 22 locked rooms of Taj Mahal is “factually incorrect”.

[3] The 22 rooms, officially called “cells,” are “not permanently closed” and they were only recently opened for conservation work, reports our New Delhi correspondent quoting Archaeological Survey of India officials as saying.

[4] Additionally, all records scrutinised so far over the years “have not pointed to the presence of any idols” there, they added. A senior Archaeological Survey of India official familiar with the restoration work done three months ago said, “Various records and reports that have been reviewed till now haven’t shown the existence of any idols”.
There are more than 100 cells in various parts of the mausoleum complex which have remained closed to the public for reasons of security and safety and no such findings have been reported so far. “The petitioner’s claim of 22 rooms being permanently locked is factually incorrect as conservation work — including filling of cracks, re-plastering and anti-aging treatments — are periodically done.

In fact, the most recent work cost us Rs 6 lakh,” according to the senior Archaeological Survey of India official.