[1]Shakib on the verge of creating history in T20 WC 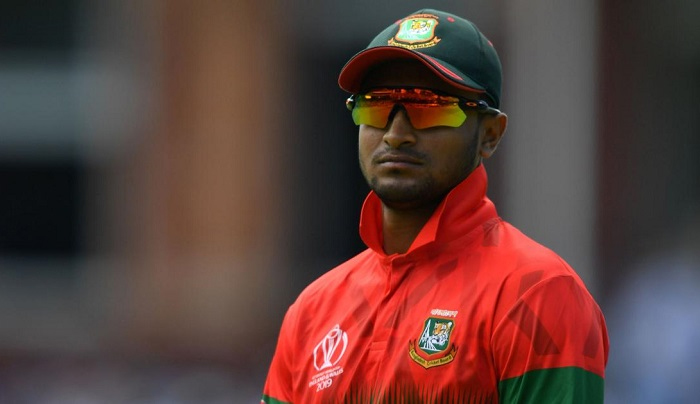 DOT Desk: [2]Bangladesh ace allrounder Shakib Al Hasan is on the verge of reaching another milestone as he needs just 10 wickets to be the highest wicket taker in Twenty20 World Cup history, reports The Daily Sun.[3]Shakib who joined Bangladesh team bubble on Saturday after his IPL commitments is at No. 7 at this moment with 30 wickets. But still he has the chance of being the No. 1 because none of the six cricketers above him are in the World Cup this time.[4]So if he could thrive with cherry, he can quickly rise to the top. Shakib’s 30 wickets came in 25 matches at an average of 19.53 and with economy rate of 6.84.

England’s Stuart Borad also took 30 wickets but since he played one match more than Shakib, he is in eighth position.

Shakib’s challenge will be to topple Afridi, the hero of the 2009 T20 World Cup.