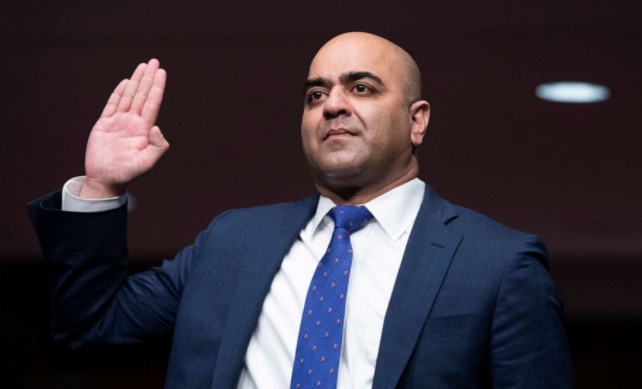 abc news:[2] Zahid Quraishi was confirmed as the first Muslim American federal judge by the United States Senate on Thursday.
[3] Quraishi, currently a magistrate judge, will serve on the U.S. District Court for the District of New Jersey. He was confirmed with an overwhelmingly bipartisan vote of 81-16.

“[5] “We must expand not only demographic diversity, but professional diversity, and I know that President [Joe] Biden agrees with me on this, and this will be something that I will set out to do,” Schumer continued.

Before he was appointed as magistrate judge, Quraishi was formally chair of Riker Danzig’s White Collar Criminal Defense and Investigations Group and the firm’s first chief diversity officer, according to his biography on the website of Rutgers University, where he is listed as an adjunct professor. Before that, the university says he served for over five years as an assistant United States Attorney in the United States Attorney’s Office for the District of New Jersey.