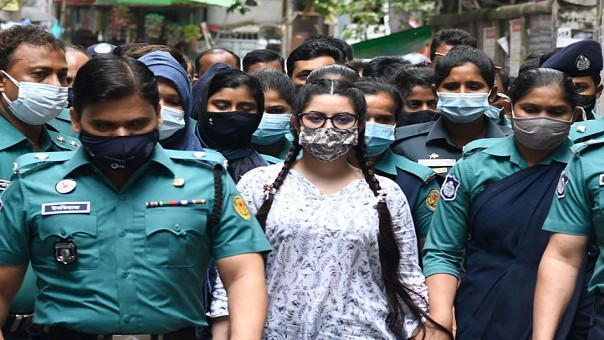 [3] The court passed the order today after hearing of a 5-day remand prayer filed by Criminal Investigation Department (CID). [4] In the court, CID said that they did not get much time to interrogate her as the Detective Branch (DB) police had the case before CID.

[5] This is the third time Pori Moni’s bail plea got rejected. [6] She has been taken to jail after the court hearing and will be handed over to CID soon, according to authorities.