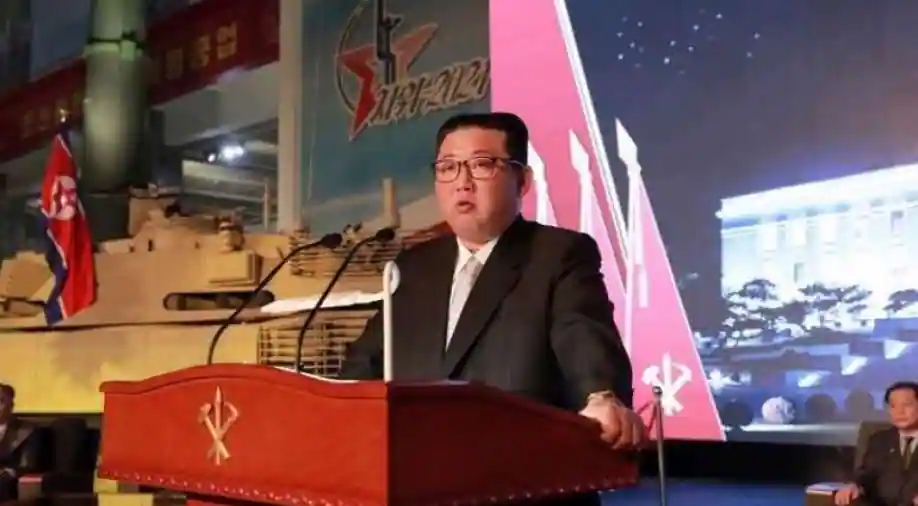 WION:[2]On Tuesday, North Korean leader Kim Jong Un criticised the US for hostile actions and stated that his country is beefing up its military capabilities to preserve national sovereignty.Kim accused the US of being the “root cause” of the Korean Peninsula’s instability.

[3]He stated that there is no reason to assume that Washington’s attitude toward Pyongyang is anything other than “hostile.” “We are not discussing war with anyone, but rather to prevent war itself and to literally increase war deterrence for the protection of national sovereignty,” he said at a defense exhibition amid reports that the country recently tested a hypersonic missile.

[4]While US President Joe Biden’s administration has maintained that the US has no hostile intentions toward the country, Kim stated at the Defense Development Exhibition, “I am extremely interested if there are individuals or countries who believe that.”
[5]Kim made his latest remarks while standing in front of a variety of weapons, including a Hwasong-16 intercontinental ballistic missile (ICBM), according to photos published in a local newspaper.