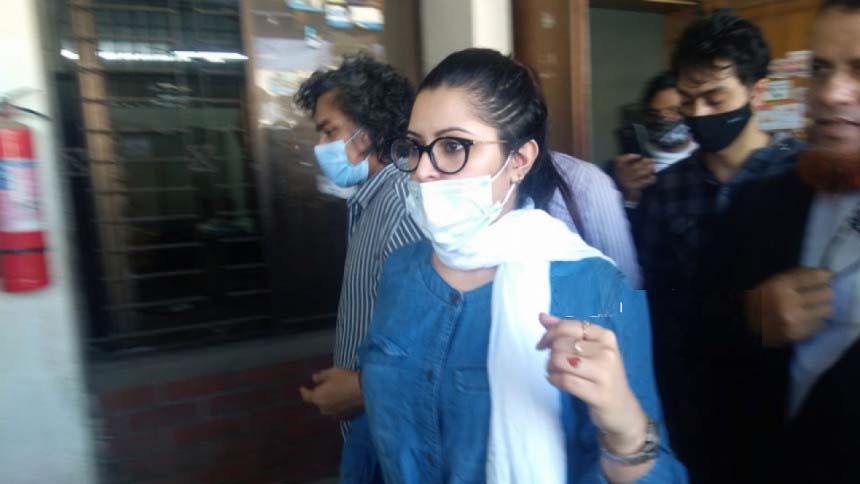 DOT Desk: [2] Actress Pori Moni today filed a no-confidence petition against the probe report submitted by Savar police in an attempted rape and murder case filed by her.

[3] Judge Md Hemayet Uddin of the nine Women and Children Repression Prevention Tribunals, Dhaka recorded her statement and will pass an order on the issue later in the day. [4] Earlier in the day, the tribunal granted bail to Uttara Club Limited’s former president Nasir U Mahmud and his associate Tuhin Siddiqui Omi after they surrendered before it, seeking bail in the case.[5] In the petition, Pori Moni said Savar police did not investigate the matter properly.