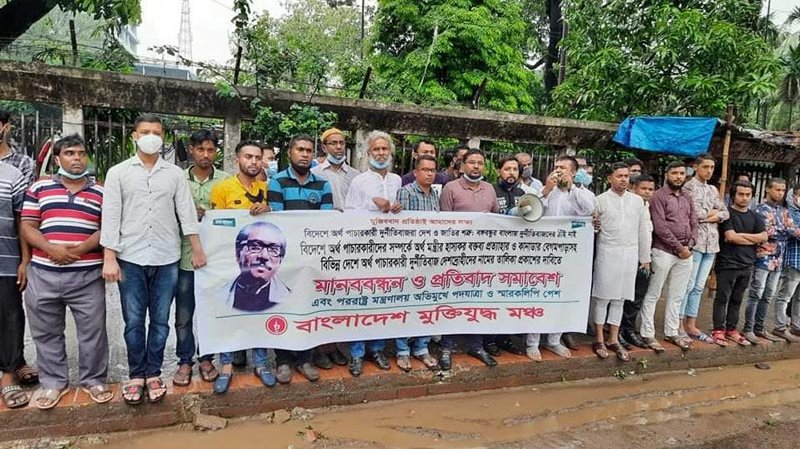 Imrul Hossain for DOT
[2] Bangladesh Muktijuddho Moncho threatened to besiege the Foreign Ministry if the lists of the money launderers and the corrupt people are not disclosed within next seven days, report banglanews24.com, Bangla Tribune.
[3] Aminul Islam Bulbul, president of the platform issued the threat from a protest rally held in front of National Press Club yesterday.

[4] He said that cases were filed against the government employees on charges of corruption and money laundering.
[5] “But the names of the people who bought houses in Begumpara of Canada after laundering money are yet to be published. It is tantamount to deception with the people,” he said.
[6] Mentionable that on November 18 last year, Bangladesh Foreign Minister AK Abdul Momen said that some people laundered money to Canada.