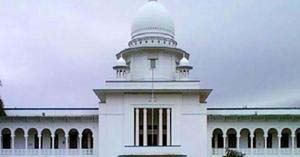 [3] Barrister Tawfiq Inam, a lawyer for the writ petition, confirmed the matter. Following the final hearing of the writ petition, the High Court ruled that the 10 percent circular was illegal and unconstitutional, reports somoynews.tv.