[1]First batch of Tigers to return from SA today 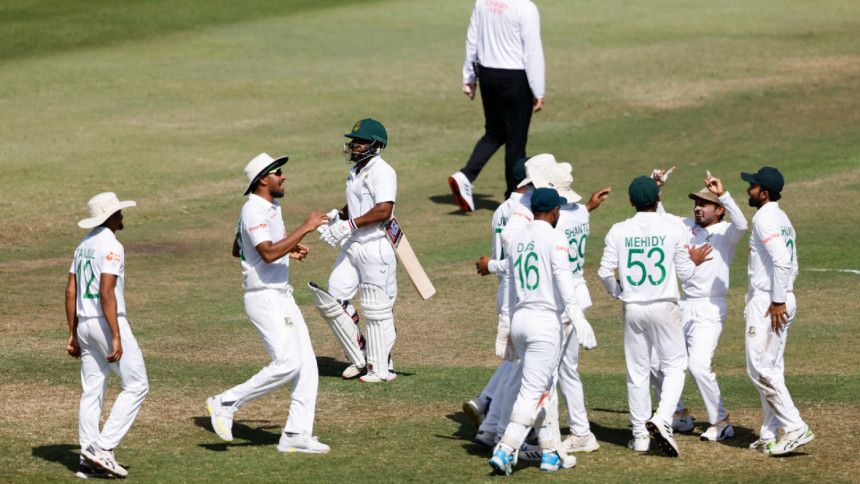 DOT Desk: [2] The first batch of the Bangladesh cricket team will return from their tour of South Africa at around 8:55am today.
[3] The second and third groups of players will be returning to the country on Thursday at 8:55am and 4:45pm respectively, reports The Daily Star.
After clinching their maiden ODI series win away in South Africa, the Tigers suffered a 2-0 thumping in the following two-match Test series.

[4] In their next assignment, Bangladesh will host Sri Lanka for a two-match home Test series in May.
[5] The Sri Lankan cricket team will arrive in Bangladesh on 8 May for a series that will be part of the 2021-2023 ICC World Test Championship.

[6] Following a two-day practice match, scheduled for May 11 and 12 at the MA Aziz Stadium in Chattogram, the two teams will play the first Test on May 15 at the Zahur Ahmed Chowdhury Stadium in the port city. The teams will then travel to Dhaka for the second and final Test of the series, beginning on May 23 at the Sher-e-Bangla National Stadium in Mirpur.