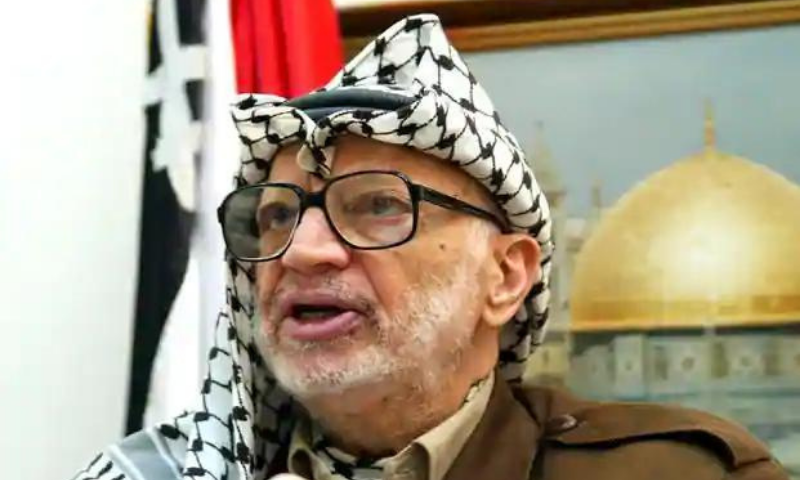 Dawn:[2] The European Court of Human Rights on Thursday dismissed a case brought by the widow and daughter of Yasser Arafat, who have claimed the iconic Palestinian leader’s death was the result of poisoning.

[3] Suha El Kodwa Arafat and Zahwa El Kodwa Arafat, who are French citizens, filed their case with the Strasbourg-based European court in 2017 after French courts dismissed their claims.[4] Arafat died at the Percy military hospital near Paris aged 75 in November 2004 after developing stomach pains while at his headquarters in the West Bank city of Ramallah.

[5] Many Palestinians accuse Israel of poisoning Arafat, a charge flatly denied by the Jewish state.[6] But in 2012 his widow, Suha El Kodwa Arafat, said traces of the radioactive isotope polonium 210 had been found on his clothes, prompting a French lawsuit alleging his murder.
[7] After a series of analyses and witness interviews, a court in Nanterre, west of Paris, dismissed the case, a ruling upheld on appeal.
Lawyers for Arafat’s widow said the investigation had been “fundamentally biased” and accused the judges of closing the probe too quickly.