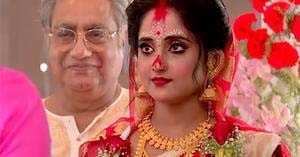 Shahnaz Begum of DOT
[2] Producers of popular Mithai serials apologize on screen for insulting the national anthem of Bangladesh, otherwise it will be boycotted, reports Mzamin.com.

[3] This demand of the television viewers has come from Kalkata itself, not from Bangladesh. The West Bengal Television Watchers Association has made this claim, reports Daily Inqilab.

[4] It has been said that the producers have to come to the screen and apologize while the sweets are being played. Arrangements will also be made so that only operators do not show Mithai in the midst of a larger movement.[5] Although the channel authorities are angry about this, the news of the production company Haldol has not been matched yet. They think that the Amar Sonar Bangla song served in Mithai serial is merely Rabindra Sangeet.