[1]Didn’t get extra benefits as a government party candidate: Ivy 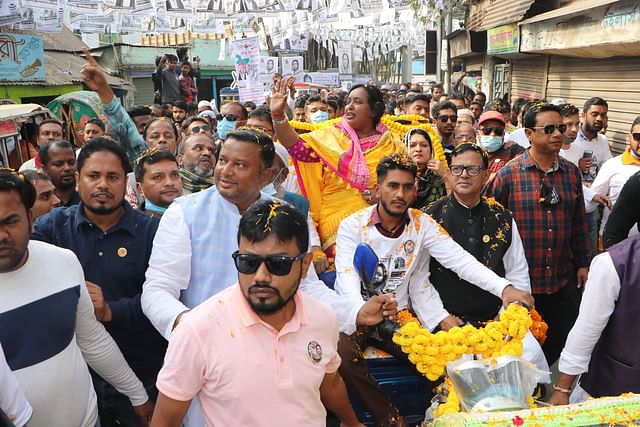 Shahnaz Begum of DOT
[2] Awami League candidate Selina Hayat Ivy has said that she did not take any advantage of being a candidate of the ruling party in Narayanganj city election, reports Newsbangla.com.
[3] Ivy made the remarks during a mass rally in Siddhirganj’s Mizimiji, Sanarpar and other neighborhoods yesterday morning, reports Prothom Alo.

[4] Ivy told reporters, “BNP leader Taimur Alam Khandaker is making false allegations. I have no contact with the administration in this election like last time. Although I am a candidate of the government party, I do not take any advantage. My communication with the people does not require the benefit of the administration.

[5]Ivy said she was not isolated. If anyone tries to destabilize the law and order situation, the administration will surely look into it. It is not a matter for her to see. She has to go to the people, ask the people to vote.

[6] Ivy said people have decided who to vote for. The boat has created a tidal wave in Narayanganj.