[1]Cinemas want to screen foreign movies including Indian ones 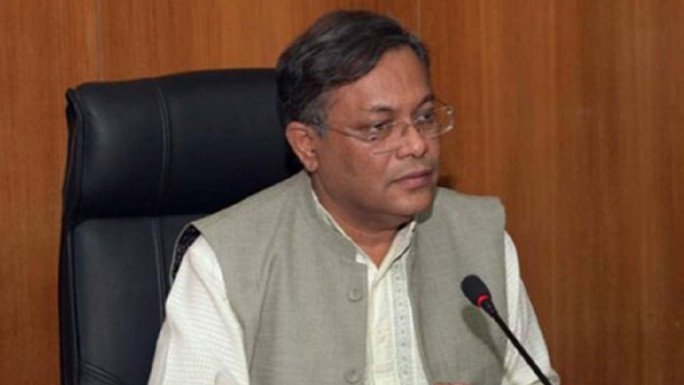 DOT Desk: [2] The owners of the country’s cinema halls have demanded to screen foreign movies, especially Indian films.
“Good films worth screening are not produced in the country, although the government is providing loans to build new cinema halls and renovate old ones,” they said, while attending a views-exchange meeting with Information and Broadcasting Minister Hasan Mahmud, reports TBS.

[3] The meeting, attended by more than 100 cinema hall owners from different parts of the country, was held at the office of the Information and Publication Department at Tejgaon in the capital on Thursday.
They all demanded reduction of loan interest rates and extension of grace period as well as increase in the production of cinema in the country and import of Indian films.

[4] At the meeting, Sudipta Kumar, adviser to Bangladesh Film Exhibitors Association, said the hall owners apprehend that it is not possible at all to repay the loan screening the films produced in the country.

In reply, Hasan Mahmud assured that arrangements would be made to screen a limited number of foreign movies in the country’s cinema halls, after consulting with all stakeholders of the film industry.

Addressing the meeting as the chief guest, he said, “There is no problem in importing Indian movies. Exhibitors and directors have agreed to import movies from the subcontinent, but the Film Artistes’ Association still disagrees.”

If 10-12 movies produced in the subcontinent can be released annually after talking to all the stakeholders, the cinema halls will benefit, he observed.

In February 2021, the Bangladesh Bank set up a Tk1,000 crore refinancing fund to provide loans to the cinema hall owners. A maximum of Tk10 crore loan has been provided for construction of a new cinema hall while a maximum of Tk5 crore loan for renovation of a hall. The 8-year term loans have been provided at 5% interest in metropolitan areas and 4.5% in outlying areas.

Regarding the demand over loan repayment, the minister suggested that the cinema hall owners can repay the loan from the income earned by constructing a commercial building with the cinema hall and renting the shops.

“Spectators will be more interested in going to the Cineplex if it has a food court and shopping mall. The owners will be able to repay the loan not only from screening films, but also from the income from there,” he said.