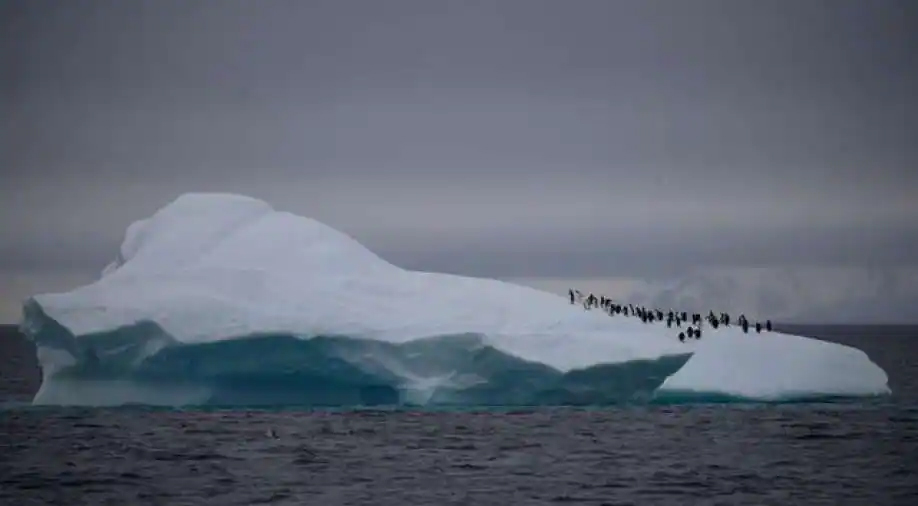 WION:[2]An ampoule of Antarctic air from the year 1765 has formed the centrepiece of a new exhibition. It reveals the hidden histories contained in polar ice for the visitors attending the Cop26 climate conference in Glasgow.

[3]Artist Wayne Binitie has spent the last five years undertaking the collaboration with scientists of the British Antarctic Survey (BAS) to analyse and preserve cylinders of ice from deep in the ice sheet that record past climate change.

[4]In what is being termed as a pivotal moment for the planet, the ice cores have allowed Binitie to display in Glasgow. The Polar Zero exhibition at the Glasgow Science Centre features a cylindrical glass sculpture containing the air which has been extracted precisely from 1765.A second cylinder presents an ice core containing tiny bubbles of air that were trapped as snow fell and compacted. Now, they reveal the horrifying rate of increase in atmospheric carbon dioxide since that date.The glaciologist Dr Robert Mulvaney, who was responsible for mining the ice for the BAS said that it is possible to drill out ice from a particular era.