[1]Brazil’s Jair Bolsonaro says he will be killed, arrested or re-elected 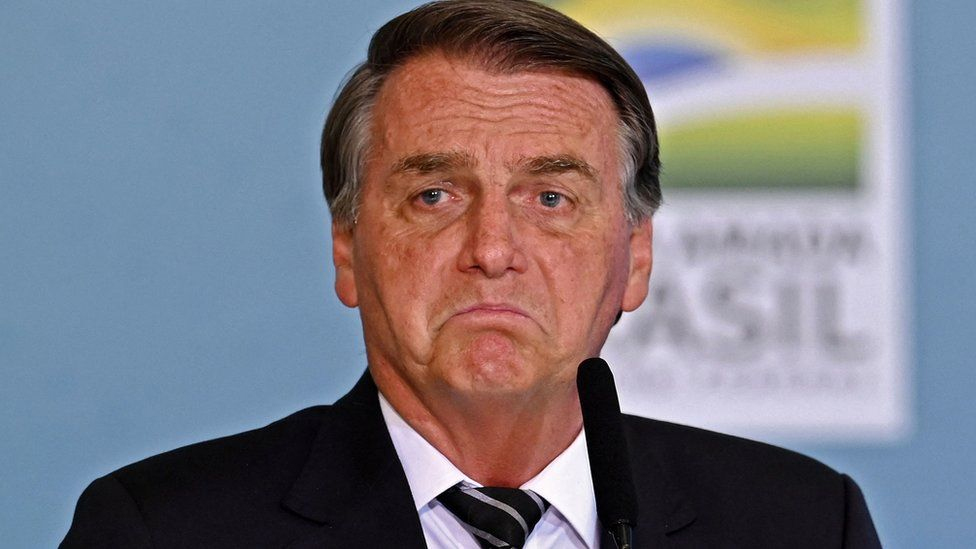 BBC:[2]Brazilian President Jair Bolsonaro has said he sees three alternatives for his future: prison, death or victory in next year’s presidential election.[3]The right-wing populist leader is trailing left-wing former President Luiz Inácio Lula da Silva in the polls.”I have three alternatives for my future: being arrested, killed or victory,” he told evangelical leaders.But the former military officer said there was no chance of prison because “no man on Earth will threaten me”.

[4]Mr Bolsonaro was nearly stabbed to death on the campaign trail in 2018. His remarks come amid fierce tensions between him and the country’s judiciary and election authorities.[5]The 66-year-old president, who hopes for a second term next year, has been questioning Brazil’s electronic voting system and threatened not to accept the result of next year’s presidential election.