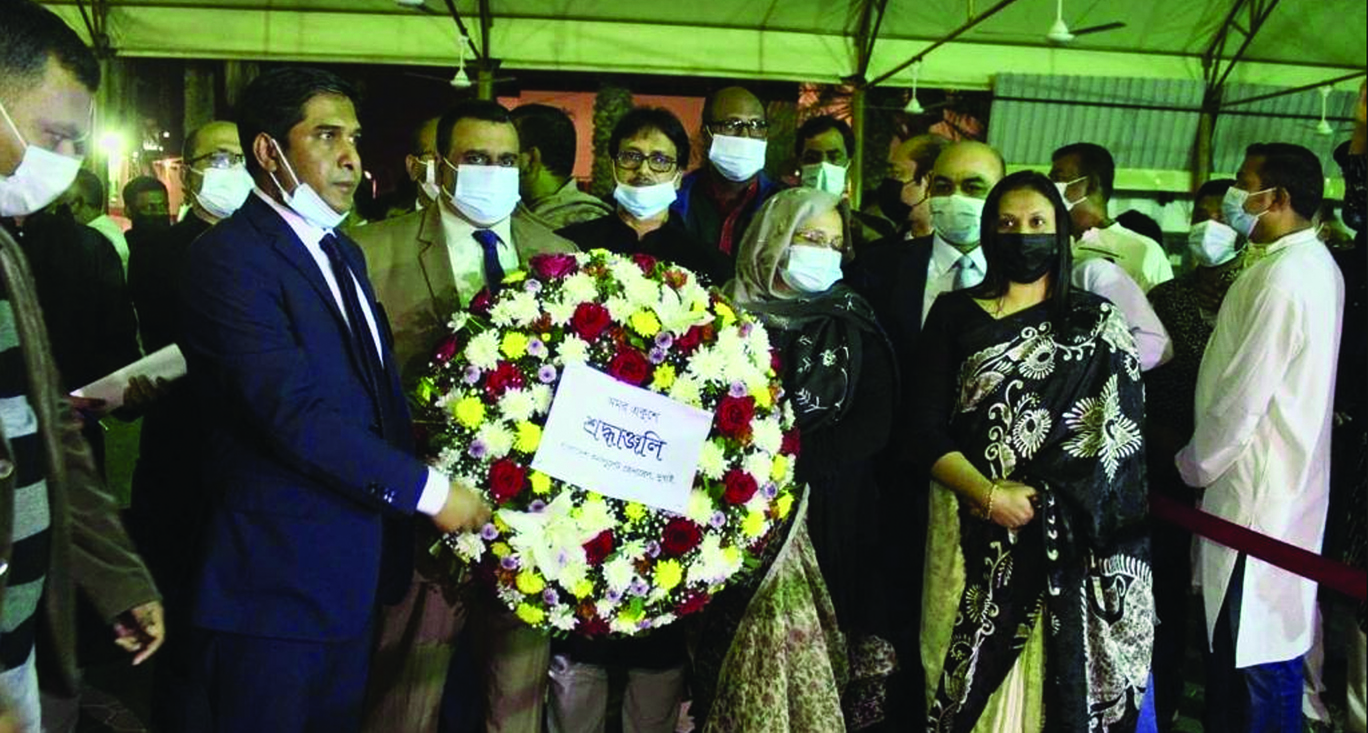 DOT Desk
[2]Bangladesh has entered the golden jubilee of independence. After 50 years of ups and downs, the achievements of the past one decade have brought Bangladesh to a unique position on the world map.
[3] Among the many international achievements and recognitions, it is the recognition of the observance of 21st February as the International Mother Language Day that stands out the most.
February 21, 1952 is the day to uphold the letters of the mother tongue. [4] The Bang-ladesh Emb-assy in the United Arab Emirates was established in 1980. In the course of this long journey, initiatives were taken to celebrate 21st February several times.
[5] Later, during the BNP government, this initiative was completely stopped. This inconsistency with the state system of Bangladesh was broken after a long wait on February 21, 2021, and behind it lays the single decision of a fearless child of a heroic freedom fighter;
[6] He is the Deputy Consul General in Dubai, Mr. Md. Shahedul Islam. With the spontaneous participation of the community, a wreath was laid at the temporary martyr’s altar at 12:01 pm.
First of all, the officials and employees of the Consulate laid a wreath under the chairmanship of Honorable Consul General Mr. Iqbal Hossain.
[7] Honorable Deputy Consul General Mr. Md. Shahedul Islam conducted the program from the beginning to the end.
[8] Concerned individuals of the community thanked Mr. Md. Shahedul Islam for completing the entire historical process smoothly. Even after 50 long years of independence and a decade of pro-independence forces, this contrasting practice of celebrating National Day took the Deputy Consul General by surprise.
[9] He hoped that with the participation of all concerned, there would be no contradiction in the practice of observing 21st February in the first place and everyone including the esteemed leaders of the community would be aware in the future to maintain this continuity.
[10] Later, a discussion meeting was organized highlighting the significance of Language Day. Speakers gave important speeches highlighting various aspects of International Mother Language Day.