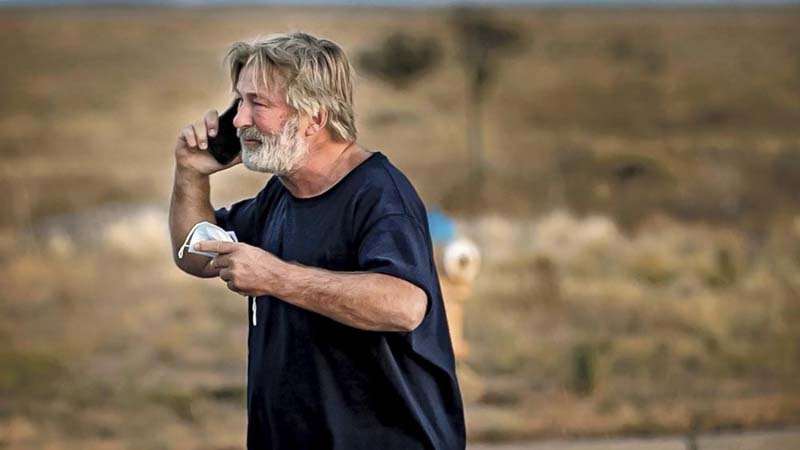 Imagesdawn: [2]As a film crew and actors in Western garb prepared to rehearse a scene inside a wooden, chapel-like building on a desert movie ranch outside Santa Fe, assistant director Dave Halls stepped outside and grabbed a prop gun off a cart.He walked back in and handed it to the film’s star, Alec Baldwin, assuring him it was safe to use because it didn’t have live ammo.“Cold gun,” Halls yelled.

[3]It wasn’t, according to court records made public Friday. Instead, when Baldwin pulled the trigger Thursday, he killed cinematographer Halyna Hutchins and wounded director Joel Souza, who was standing behind her.The tragedy came nearly three decades after Brandon Lee, the son of martial arts legend Bruce Lee, died in a similar case, and it prompted horrified questions about how it could have happened again. The executive producer of ABC’s police drama The Rookie announced Friday the show would no longer use “live” weapons because the “safety of our cast and crew is too important.”

Details of the shooting at the ranch on Bonanza Creek Road were included in a search warrant application filed by the Santa Fe County Sheriff’s Office. Investigators were seeking to examine Baldwin’s blood-stained costume for the film Rust, as well as the weapon that was fired, other prop guns and ammunition, and any footage that might exist.