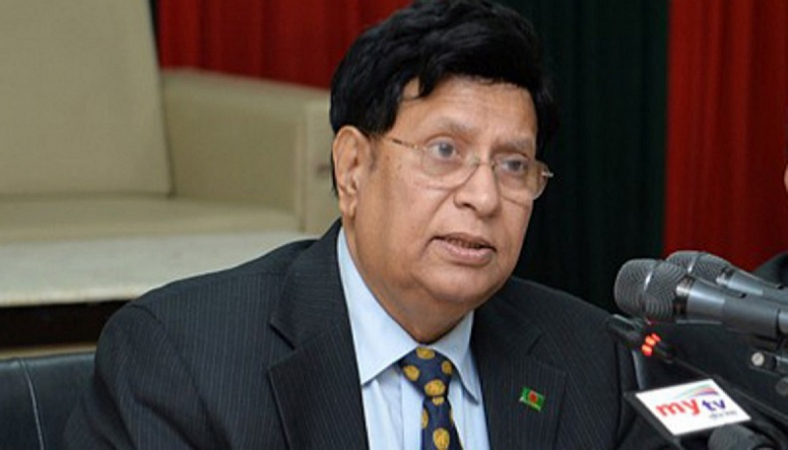 DOT Desk:[2]Foreign Minister AK Abdul Momen has said Dhaka was gauging the situation in Afghanistan ahead of taking any stance regarding ties with new Taliban regime there but decided to offer humanitarian assistance to Afghan people under the “UN umbrella”, reports The Business Post.

[3]”We are watching the developments there,” he told a media briefing in New York on Monday as asked what was Bangladesh stance on the Afghan issue while it was likely to dominate largely the weeklong UN General Assembly debate starting Tuesday.
[4]Momen said Dhaka preferred to wait to observe the nature of the new government and see what policies they would take and “on the basis of that we will take the decision what we will do”.

[4]But, he said, Dhaka by now decided to offer humanitarian assistance to Afghan people sending materials like medicines responding to a call by UN Secretary General Antonio Guterres.

Momen said that other than only three, no Bangladeshis were stranded in Afghanistan, “which is an issue of great relief for us”.

He added that the three voluntarily preferred to stay there for personal reasons while at least one of them married an Afghan.

“Bangladeshis in Afghanistan left that country as Dhaka issued an advisory that the situation there appeared unsafe,” the minister said.

He said Bangladesh never had any enmity with Afghanistan and rather had a historic bondage while Dhaka now expects new Kabul regime to be “inclusive and progressive”.

“If it (new Afghan government) could rally supports for its people, definitely we will support them.”

He, however, recalled that in recent past some Bangladeshis went to Afghanistan and started militant activities returning from Afghanistan and expected that country not to be a hub of any terrorism.

“We have uprooted militancy in Bangladesh with a ‘zero tolerance’ policy against any kind of terrorism and will not allow them in our soil,” Momen added.