[1]’You deserved to have your throat cut’: 11 convicted for harassing schoolgirl over anti-Islam videos 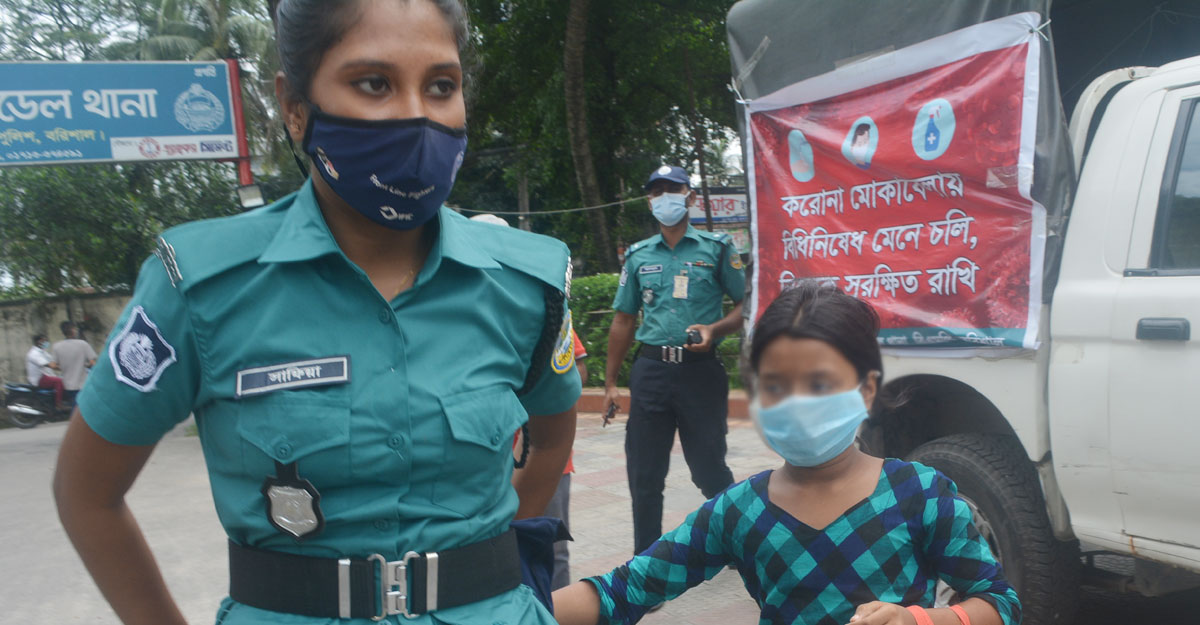 Tasmiah Nuhiya Ahmed of DOT
[2] In Barisal, the wife of a District Detective Branch (DB) officer has been accused of openly beating a child domestic worker. The officer’s son also behaved rudely with the locals on this matter. The housemaid was rescued and kept at the Victim Support Center of Kotwali Police Station. The incident took place in the Chaumatha Bazar area of ​​the city on Thursday afternoon, reports BDcrime.

[3] The 12-year-old child domestic worker complained, “I have been working at the house of district DB inspector Mizanur Rahman for the last six days.” I have been scolded many times during this time. Today I ran away from home. Mizanur Rahman’s wife grabbed me and beat me in Chaumatha area of ​​the city.
At this time his son also slapped her.

[4] Eyewitness Rafiqul Islam Hawlader said, “The girl was crossing the road in front of Chaumatha Bazar. One woman and a boy grabbed her hand and started beating her. At that time the girl shouted and said that I won’t go back to your house even if I die.

[5] Another eyewitness, Mumtaz, said, “People can’t hurt people like that. They are animals. If you kill the poor, there will be no justice”.

[6] Barisal Kotwali Police Station Officer-in-Charge (OC) Nurul Islam said, ‘I have talked to the child. She started working in that house six days ago. The girl left the house this morning’.

[7] Barisal Metropolitan Police Commissioner Shahabuddin Khan said that, “Since the child was rescued, the child has been kept at the Victim Support Center. After hearing the victim’s statement and parents’ allegations, they will investigate the incident and take legal action. The law is the same for everyone. In this case, there is no scope of compromise for anyone”.