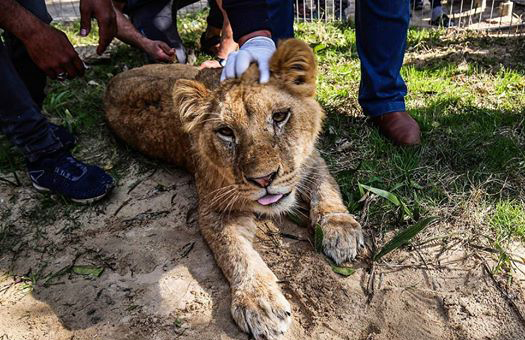 Truth Theory: [2] Last year, animal rights activists released footage showing a 14-month-old lioness named Falestine being declawed in a Gaza zoo, sparking an international conversation about the practice. In the video, Palestinian veterinarian Fayyaz al-Haddad can be seen clipping off the animal’s claws using a pair of wire cutters and a pair of sheers.
[3] This particular zoo was quite notorious for mistreating animals. A few months after this video was recorded, the zoo was shut down as a result of a different incident, in which four lion cubs froze to death.
[4] In a statement to the AFP after the closure, Four Paws veterinarian and head of mission Amir Khalil said that the group was happy to see that the zoo was finally going to be closed.