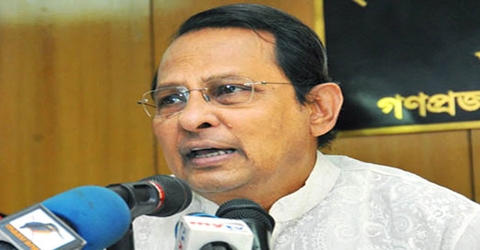 The Information Commission has received a total of 1,160 complaints under the Rights to Information Act 2009 over the last seven years.

“After the formation of the Information Commission in July 2009, a total of 1,160 complaints have so far been found,” Information Minister Hasanul Haq Inu told Parliament on Thursday replying to a scripted question from Awami League MP Didarul Alam (Chittagong-4).

Of the complaints, 1131 were disposed of, while 27 awaiting hearings and the remaining two are under investigation, Inu said.

In reply to AL MP Ummey Razia Kajol (Women Seat-43), the minister said the present government has allowed the registration of a total of 716 newspapers during the period.

Responding to another written question from independent MP Rustum Ali Faraji (Pirojpur-3), he said the government provided declarations to 53 fresh newspapers, including dailies and weeklies in the current fiscal year.