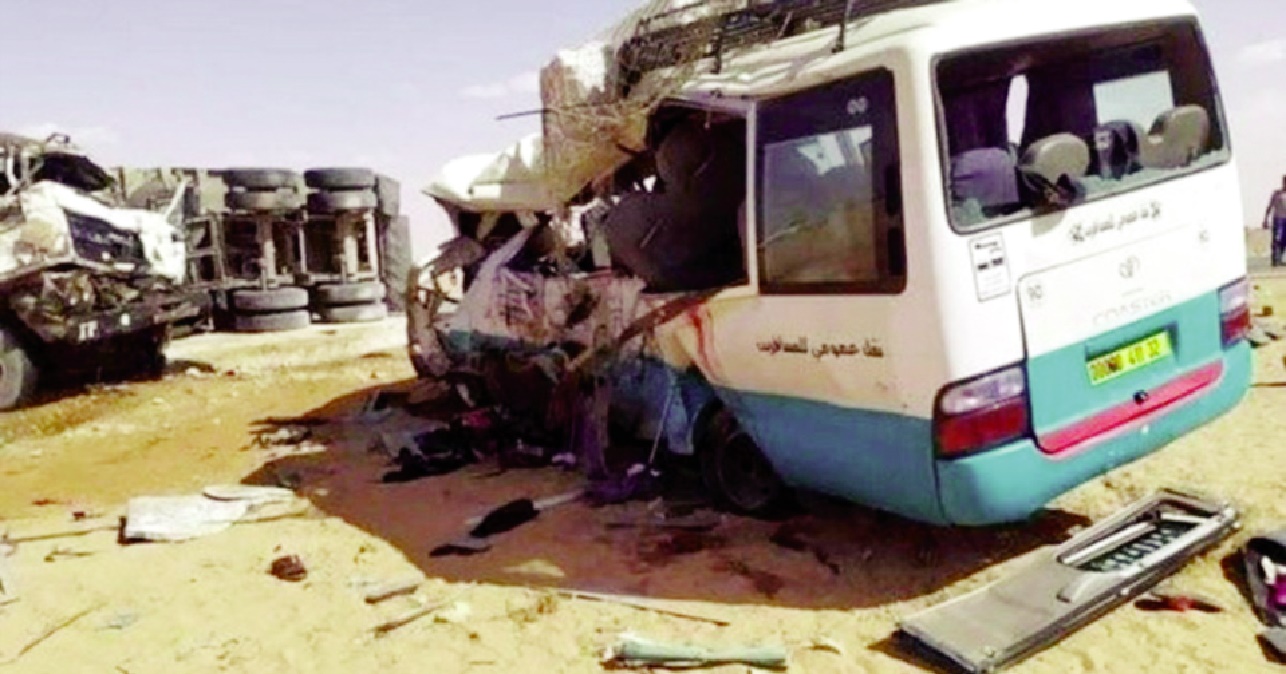 AFP:[2]Thirteen people died and eight were injured in Algeria on Sunday when a bus collided with a truck in the northwest, emergency services said.[3]The crash happened in the Oued Khebaza locality in Naama province, some 650 kilometres (400 miles) south of the capital Algiers, the civil defence said in a statement on social media.The injured were taken to hospital.

[4]Local media broadcast a video showing a bus with its front completely smashed in.Authorities opened an inquiry to determine the cause of the crash, the official APS agency said. Traffic accidents, often due to speeding, are common in the North African nation.