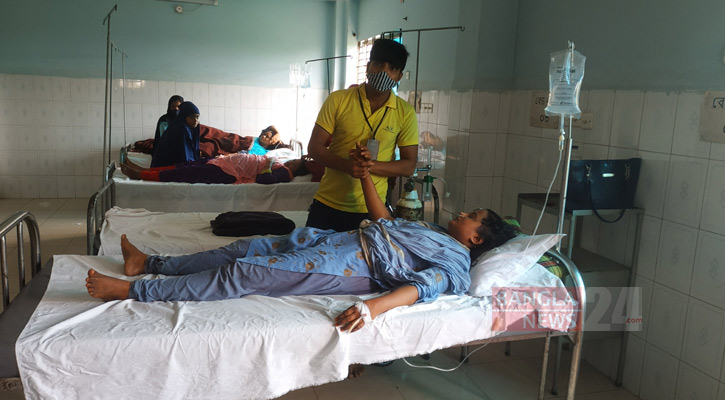 Imrul Hosssain for DOT
[2] At least 12 workers of an apparel factory of Ashulia in Savar were taken to hospitals with headache, vomiting following ghostly activities, reports banglanews24.com.

[3] The incident took place at 8am at Donglian Fashion BD Ltd yesterday. Later, the sick RMG workers were taken to a nearby hospital.

[5] The eyewitnesses said that a female worker fell ill. Later, other workers began to develop symptoms like vomiting and headache.The workers said that they saw a ghostly appearance.[6] The factory authorities first took the issue lightly and made fun of it. They said that the workers were doing this for taking leave.