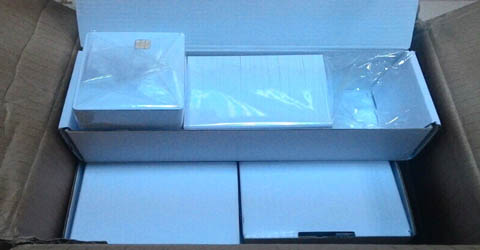 The seizure was made amid growing concerns over the recent incident of ATM card forgery.

Tipped off, a team of Customs Intelligence officials seized the ATM cards packed in five cartons from the freight unit of the airport in the morning.

All the cartons were brought here by DHL courier service from Hong Kong by a flight of Thai Airways, said director general of customs intelligence and investigation directorate (CIID) Dr Moinul Khan.

A process is underway to find out the culprits, he said.

Earlier, on February 12, the authorities of the United Commercial Bank (UCB) filed a case with Banani Police Station as at least Tk 1.26 lakh was misappropriated through ATM card forgery recently.

On February 13, the Bangladesh Bank asked several banks to block around 200 ATM cards believed to have been read by “skimming devices” during February 7-9.