[1] ‘Why get married?’: Malala’s question on marriage has left sexist Pakistanis in agony 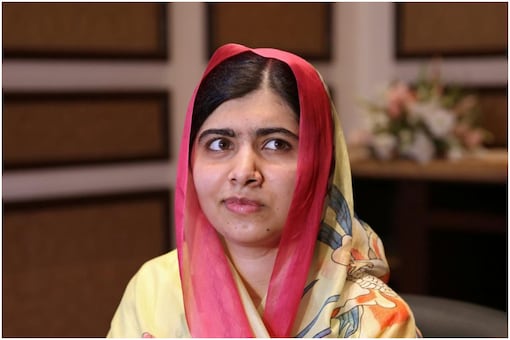 News18:[2] Pakistani activist and Nobel Peace Prize laureate Malala Yousafzai recently appeared on the cover of British Vogue. While the cover itself went viral, Yousafzai’s comments on marriage have ruffled feathers on Pakistani social media.[3] In a freewheeling conversation, Yousafzai elaborated on a lot of topics, from politics to culture to even her personal life. However, her comments on marriage irked many.[4] Speaking about marriage, Yousafzai said, watching everyone share their relationship stories on social media could get worrisome.

“If you can trust someone or not…how can you be sure?” Yousafzai further added, “I still don’t understand why people have to get married. If you want to have a person in your life, why do you have to sign marriage papers, why can’t it just be a partnership?”.

The comments have raised a storm on conservative Pakistani social media with many accusing her of trying to corrupt the minds of young people with her “irresponsible” statements that go against the tenets of Islam. While some slammed her for copying “western culture”, others blamed her for propagating negative ideas about the sacred rules of holy matrimony.