[1] “We don’t want to see the carcass of an animal or a bird on road, let alone human being 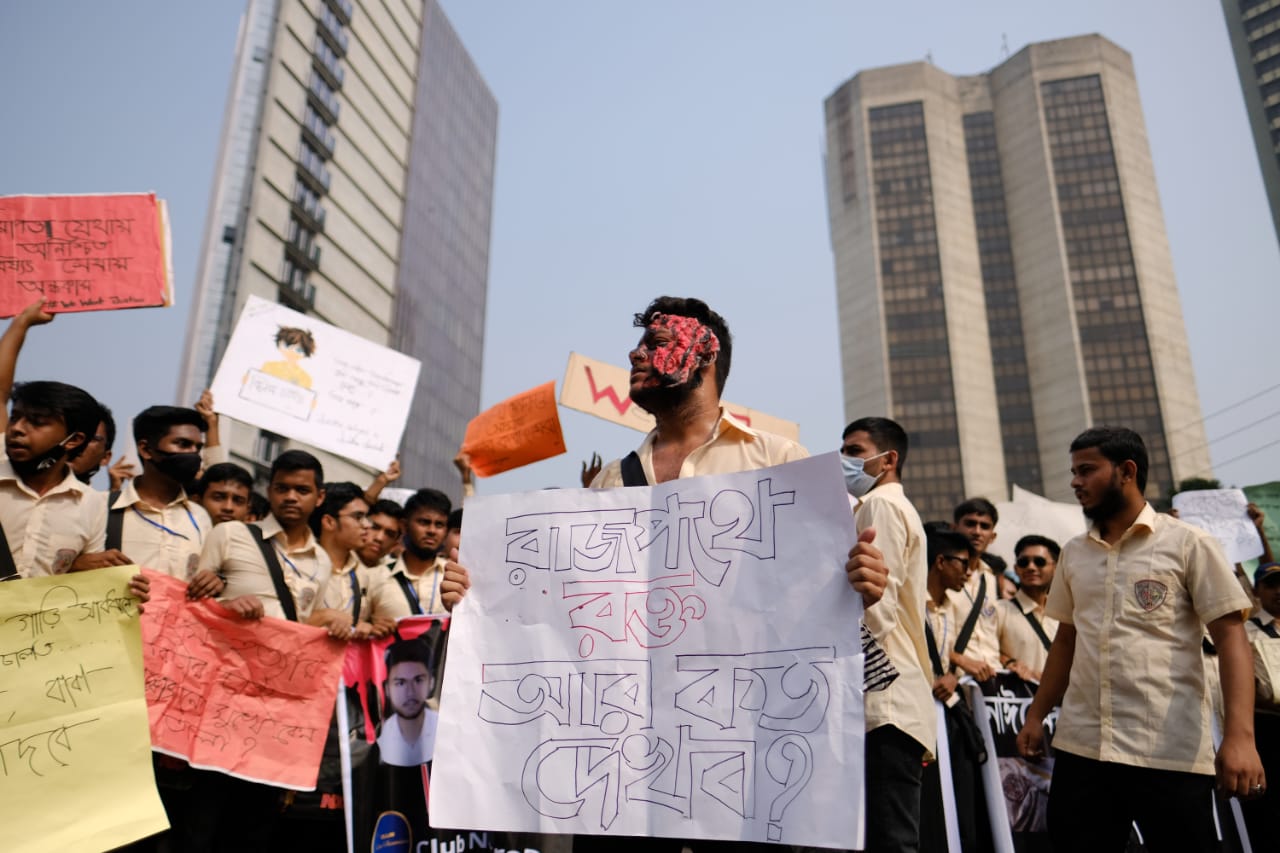 Rubaiya Tripty of DOT
[2] The students of Notre Dame College have demanded four points including stopping the killing of all animals including people by hitting the road, reports Bangla Tribune.

[3] Students of Nodar Dam College first blocked the road at Motijheel Shapla Chattar in the capital yesterday at noon.They then moved to Gulistan, where their classmate Naeem Hasan was killed in a car crash to stage demonstration at zero point.

[4] During this time the students raised four demands. “We are on the road,” they said. We will remain on the road until the death march on the road is stopped.’’
‘They further demanded that we continue the peaceful movement. We will continue the movement till our demand is realized.