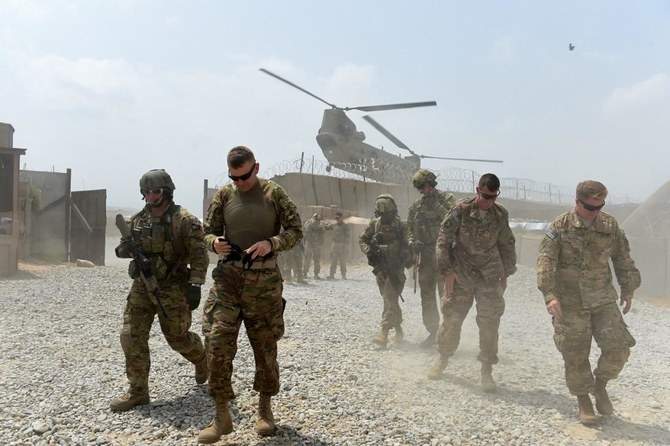 Arab News: [2] The biggest factor that led to the collapse of the Afghan military in August last year was the US decision to withdraw forces and contractors from Afghanistan through an agreement with the Taliban signed by the Trump administration and executed by the Biden administration, a US watchdog report concluded.

[3] The withdrawal “destroyed” the morale of the Afghan military as it was dependent on US military support, according to an assessment by the Special Inspector General for Afghanistan Reconstruction, or SIGAR, which was made public late Tuesday.

[4] “SIGAR found that the single most important factor in the ANDSF’s (Afghan National Defense and Security Forces) collapse in August 2021 was the US decision to withdraw military forces and contractors from Afghanistan through signing the US-Taliban agreement in February 2020 under the Trump administration, followed by President Biden’s withdrawal announcement in April 2021,” the report said.

Under US President Joe Biden’s Republican predecessor Donald Trump, the United States made a deal with the Islamist Taliban to withdraw all American forces.
After the signing of the deal, the US military support to Afghan forces came down, which also included a drop in air strikes in 2020 after a record high level in the previous year, the report added.
“Limiting airstrikes after the signing of the US-Taliban agreement the following year left the ANDSF without a key advantage in keeping the Taliban at bay,” John Sopko, the Special Inspector General for Afghanistan Reconstruction, said.

The Taliban overran Afghanistan in August as the former Western-backed government collapsed with surprising speed and the last US troops withdrew.
Biden had argued the war in Afghanistan needed to be brought to a close after 20 years of fighting that had cost American lives, drained resources and distracted from greater strategic priorities.
The US Congress created the office of SIGAR to provide an oversight of reconstruction projects and activities during the war in Afghanistan.

“Many Afghans thought the US-Taliban agreement was an act of bad faith and a signal that the US was handing over Afghanistan to the enemy as it rushed to exit the country,” Sopko said.