[1] US Nuclear Sub’s Mystery Collision Was With ‘Underwater Mountain’: Report 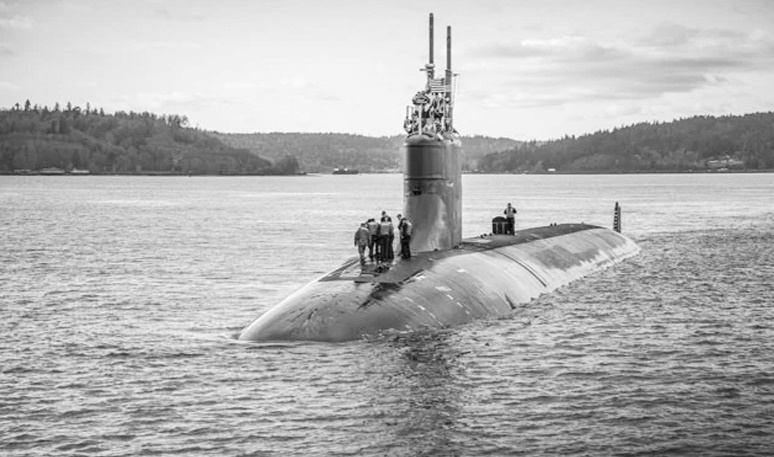 NDTV : [2] The American nuclear submarine damaged last month in the South China Sea hit an uncharted seamount, USNI News reported, an explanation that would ease concerns that it had collided with a foreign vessel in the contested waterway.

[3] An investigation into the Oct. 2 collision involving the USS Connecticut found the submarine had struck a previously unknown submerged feature, the U.S. Naval Institute website reported, citing a legislative source and two defense officials familiar with the findings. The matter has been sent to Vice Admiral Karl Thomas, the Seventh Fleet commander, for review whether further actions are warranted.

[4] Eleven sailors were injured in the crash, which damaged the Connecticut’s forward ballast tanks and forced the crew to make a weeklong voyage on the surface to return to port. The vessel is currently in Guam undergoing repairs, and the U.S. Navy has repeatedly said the nuclear reactor and propulsion system were not affected in the incident.

The Navy’s surface fleet has suffered several accidents in the Western Pacific, including back-to-back collisions involving two guided-missile destroyers in 2017, prompting the dismissal of the Seventh Fleet’s commander and investigations into naval training, policies and equipment. The latest incident had caused renewed attention about a backlog in maintenance for the U.S.’s attack submarine fleet.

Ads by
The Connecticut collision initially fed speculation about whether it had been damaged in some interaction with China, since both countries have stepped up naval activities in the disputed water body. Beijing has repeatedly demanded an explanation for the incident, with Chinese Foreign Ministry spokesman Zhao Lijian reiterating “grave concerns” about the matter during a news briefing last week.

The Connecticut is one of three Seawolf-class submarines, which the U.S. Navy describes as “exceptionally quiet, fast, well-armed, and equipped with advanced sensors.” The vessels have eight torpedo tubes and can hold as many as 50 weapons in its torpedo room.