[1] UP chairman accused of embezzling Tk2,60,000 from fund allocated for govt projects 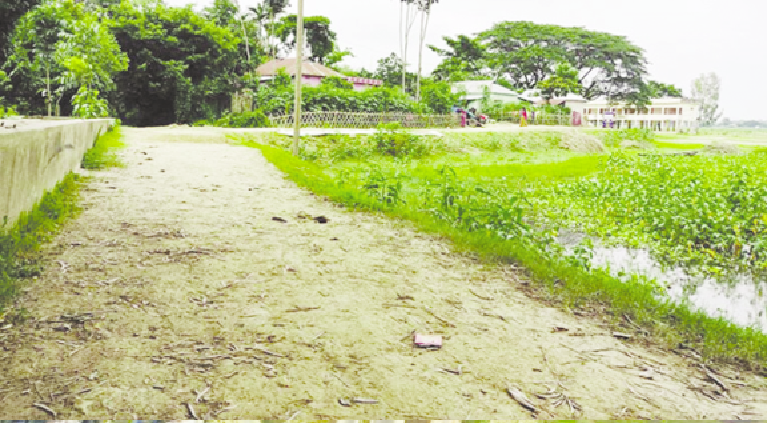 Tasmiah Ahmed of DOT
[2] Monir Uddin is the UP Chairman of South Sunamganj Upazila Dargapasha. He has been accused of embezzling Tk 260,000 from government projects by showing road works done with villagers’ money. Manu Mia, son of late Haji Abdur Rahman of Sidkhai village, lodged a written complaint with the South Sunamganj Upazila Nirbahi Officer (UNO) on Wednesday, reports Manabzamin. [3] According to the complaint, the villagers completed the work of filling the road about 300 meters from the front of Sidkhai Jame Mosque towards the front of Shafiqul Islam’s house with the income of the people of Sidkhai village and money from the mosque fund.

On the other hand, Manu Mia built a 100 meter road from Manu Mia’s house in the village upto the front of Sidkhai Jame Mosque. But UP chairman Monir Uddin has embezzled Tk 2, 60,000 from the government project by showing all these works in the village.

[4] According to the Upazila Project Implementation Office, in the fiscal year 2020-2021, under the Rural Infrastructure Reform general program, total allocation for this project was 2 lakh 60 thousand taka.