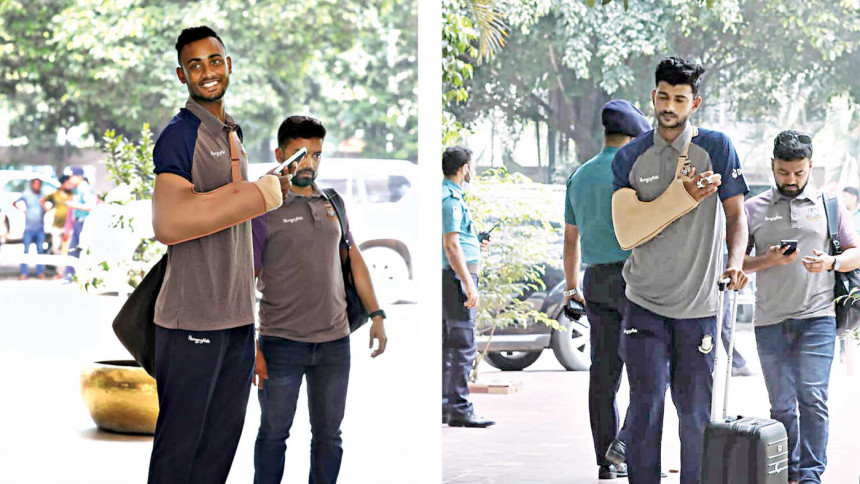 DOT Desk: [2] Following a draw in the first Test in Chattogram, the second Test against Sri Lanka will be a tough challenge for a Bangladesh team battling multiple injuries that may linger into next month’s tour to West Indies, reports The Daily Star.

[3] Spin played a vital role for the hosts in the first Test. It was the medium that led to the fall of all 10 Sri Lankan wickets in their first innings, with off-spinner Nayeem Hasan bagging six wickets and left-arm-spinner Shakib Al Hasan taking three. Another left-arm spinner, Taijul Islam, proved instrumental in the second innings as he scalped four of the six Sri Lankan wickets that fell in their second innings.

[4] Unfortunately, Nayeem, who had come in as a replacement for injured off-spinner Mehedi Hasan Miraz, fractured a finger while fielding on the fourth day of the first Test. Despite the injury, the right-arm spinner showed courage in bowling 14 overs on the fifth day to support Taijul and Shakib, the duo that did the bulk of the bowling.