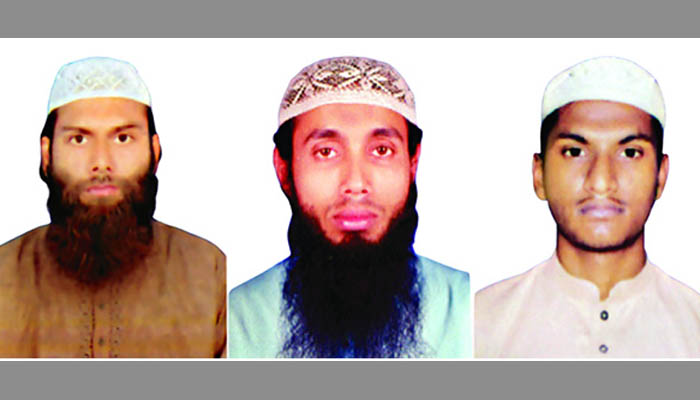 [4] The missing are the residents of Araihazar Panchrukhi village of Narayanganj. Noman, Md. Nasim and Shahidul Islam of Bogra. The missing Noman is a businessman by profession. Nasim is a madrasa student and Shahidul is the imam of a mosque in Araihazar area, reports bd-journal.[5] Family members of the three victims say the three missing are ordinary people. They are not involved with any organization.

[6] At the press conference, Noman’s father Sarwar Hossain claimed that Noman traded in garments at Bunti Bazar in Araihazar. On that day (June 2), as on other days, Noman left home on a motorcycle for the shop. Arriving at the market at 10:53 am, seven to eight unidentified persons identified themselves as Detective Police (DB) and stopped the motorcycle. At the same time, they forcibly picked up Naseem and Shahidul in a microbus and went to an unknown place.