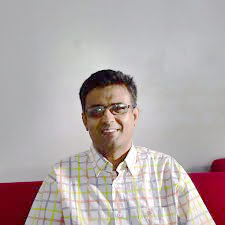 Shafiqul Alam / Bureau Chief at AFP News Agency
If you have visited the 34 camps where an estimsted 850,000 Rohingya live in thousands of bamboo and tarpaulin made shelters in an extremely congested conditions, you would surely know that these are very flammable objects which can catch fire any time during the dry months of November through April.

Blazes therefore occur every now and then and they shatter lives — the lives of some of the poorest people on earth. This year alone there were six major fires, the latest one killing a child and making 2,000 refugee homeless. A report said there were at least 80 fire incidents since some 740,000 Rohingya were driven out of their homes in Myanmar and found a refuge in the hills of Cox’s Bazar.
Now it is actually our decision: do we want the Rohingya live in flammable bamboo and tarpaulin made shelters or we would allow them to build proper and more durable homes, which can prevent fires? The main reason we didn’t allow the Rohingya to build durable homes was we felt that once they settled in their cosy refugee shelters, they would never think of returning to their homeland in Myanmar.

No doubt, there are some logics behind this thinking. But honestly speaking, this is parochial and it reflects our abomination for the much persecuted and overwhelmingly Muslim minority, who speak a Chittagongian dialect. We have shown the world how generous we could be when we opened our borders and give shelter to hundreds of thousands of Rohingya fleeing genocide-like crackdown by the Myanmar army. But our decisions to keep them in temporary flammable shelters, which during the summer turn into a burning cauldron and in the monsoon take in water or get washed away in heavy rains, diminish us as a nation.

Let’s shatter this invisible wall of fear. Let us allow the Rohingya to live like us — like the many Bangladeshi who have taken refuge in cosy decent homes in the West. Let us kill these fires before they kill anymore people or turn thousands more people homeless. Let us stop taking conspiracy theories seriously and ride over narrow walls and boundaries.