[1] The tiger that crossed 100 km is Bangladeshi 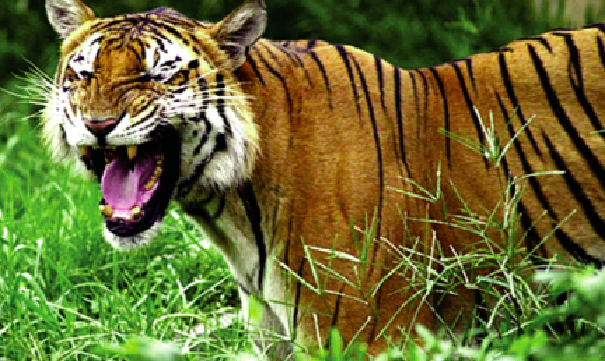 Labiba Nayeem Khan of DOT
[2] According to the Indian Forest Department, the tiger was caught in Bashirhat in the Sundarbans region of India in mid-December last year (2020). They put a radio collar around the tiger’s neck to make sure it was moving. They have confirmed that the last location of the tiger was in Bangladesh. [3] Sundarbans Forest Department officials have already matched pictures of tigers returning to Bangladesh with photos taken during the 2016 tiger census. The picture of the tiger that came back with the picture of that time is exactly the same, as per Ittefaq.

[4] According to the Indian Forest Department, the eight- to nine-year-old tiger covered a distance of about 100 km from December last year to May 10 last year. At this time the tiger crossed three rivers. The tiger did not die on this journey. [5] They think that special signals could have been received from the dead radio caller. [6] Tigers regularly roam the Sundarbans region of Bangladesh and India. It has already been proved that the tiger of Bangladesh is in the Indian part and the tiger of India has come to Bangladesh.