[1] The only Palestinian American in Congress Rashida Tlaib confronts Biden 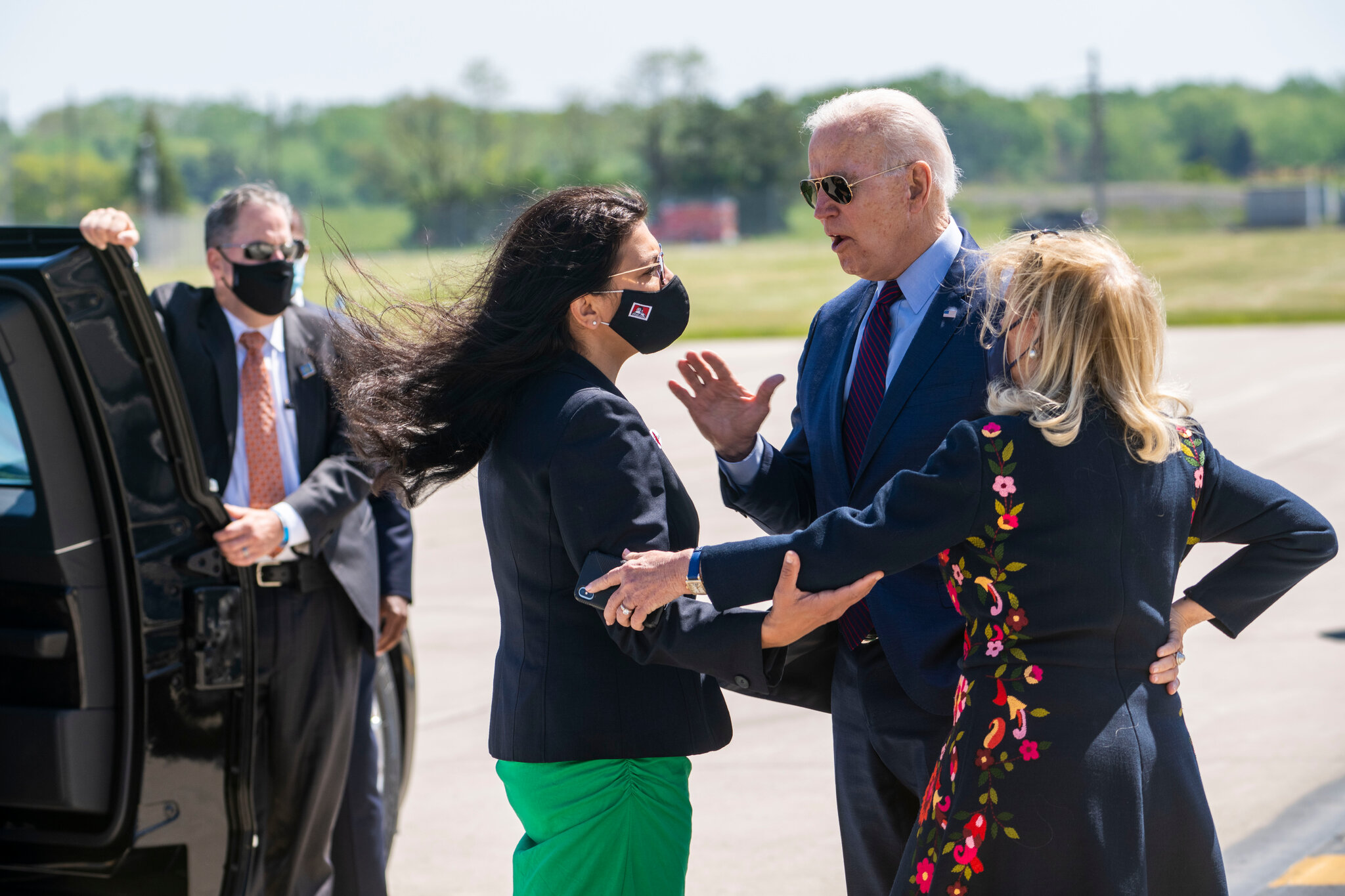 Rubaiya Tripty of DOT
[2] Rep. Rashida Tlaib confronted President Joe Biden on Tuesday about his continued financial and diplomatic support for the Israeli government while the death toll of Palestinian civilians continues to climb amid nonstop attacks.[3] However, reporters were not able to hear the conversation, according to Huffpost.[4] The congresswoman conveyed to Biden that Palestinian human rights are not up for negotiation and that the president must do more to protect civilian lives, an aide to Tlaib later said. [5] Their conversation came after Biden landed in Detroit Tuesday, ahead of his visit to Ford’s Rouge Electric Vehicle Center in nearby Dearborn, and as global pressure mounts for Israel and Hamas to call a truce in their fighting.

[5] In a notable tarmac conversation, Michigan Rep. Rashida Tlaib conveyed to President Biden her dissatisfaction with the United States’ response to the bloody conflict between Israel and Hamas that has now entered its second week, her office says. NPR