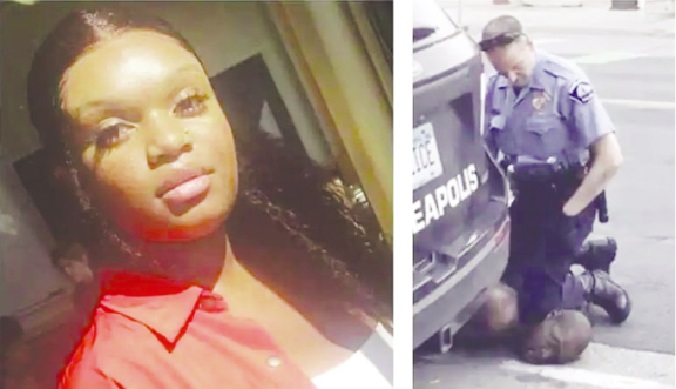 BBC: [2] A teenager who filmed the murder of George Floyd by a white police officer has been given a special journalism award by the Pulitzer Prize board.
[3] Darnella Frazier, now 18, was awarded the citation for her courage, the Pulitzer committee said.
[4] Her film spurred protests for racial justice around the world and was used as evidence in the trial that convicted police officer Derek Chauvin.
[5] The Pulitzers are the most prestigious journalism awards in the US.

[6] The committee said they honoured Ms Frazier for “courageously recording the murder of George Floyd, a video that spurred protests against police brutality around the world, highlighting the crucial role of citizens in journalists’ quest for truth and justice.”

[7] Ms Frazier came across the arrest of Floyd while walking with her cousin in Minneapolis on 25 May last year. [8] She told a court earlier this year that she started recording the incident on her phone because “I saw a man terrified, begging for his life”.

[9] Ms Frazier described hearing Floyd “saying I can’t breathe’. He was terrified, he was calling for his mom”.
[10] The video was replayed around the world and sparked mass protests and a racial reckoning in the US.