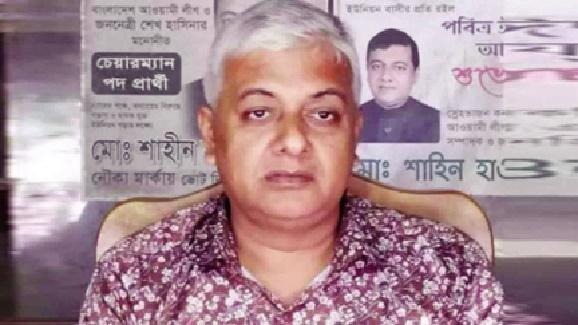 Tasmiah Nuhiya Ahmed of DOT
[2] Shahin Hawlader, chairman of Konakdia Union Parishad (UP), married a teenager in Baufal upazila of Patuakhali last Friday while trying to settle a love affair. In this incident, it has been reported that the young man who was in love with the teenager girl tried to commit suicide. However, the teenager girl has returned to her father’s house after divorcing the chairman. The divorce was finalized on Saturday evening, reports NTvbd.com. It is learned that Kanakdia UP chairman Shahin Hawlader married the girl on Friday .
afternoon with dower money fixed at Tk 5 lakh. Nazrul Islam, the father of the girl, confirmed the divorce of his daughter and said that his daughter is now at home, the report further reads.

[4]
According to local sources, a young man from Narayanpasha village in the same area had a love affair with the girl from Konkadia Union. Two of them escaped last Thursday night. The girl’s father informed UP Chairman Shahin Hawladar about the matter. Chairman Shahin Hawlader told the two families of the boy and girl to go to the Konkadia UP office on Friday to settle the matter. According to him, the members of the two families went to the UP office around 9 am on Friday. The chairman liked the girl there. He expressed interest to marry the girl. Later that day at 1 pm local Kazi said. Chairman Shahin Hawlader called Abu Sadeq at home and married the girl.
Meanwhile, the incident of this marriage spread on social media when it became known. Then on Saturday the divorce was completed through the same Qazi.

[5] UP chairman Shahin Hawlader said the girl could not accept him as her husband. That is why such a decision has been taken. The girl has been sent to her father’s house.