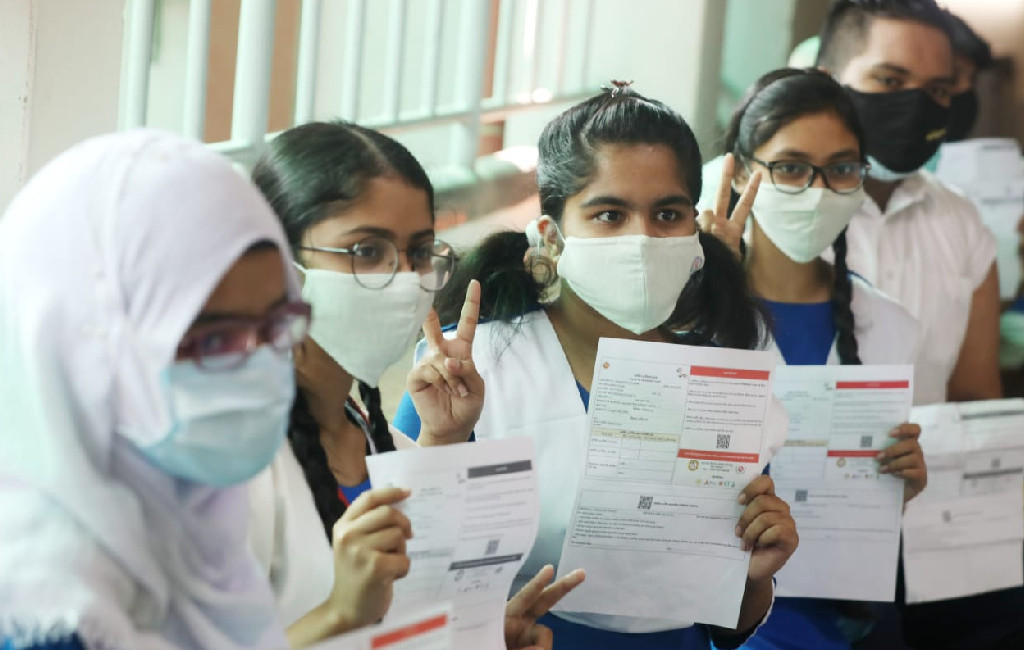 DOT Desk: [2] Students at a Tangail school had to pay Tk110 each to get themselves registered for the Covid-19 vaccination, but the headteacher says it was meant for transportation cost, reports The Dhaka Tribune. [3] In line with the government’s directive to inoculate all students aged between 12 and 18 year by this month, schools at the district’s Gopalpur upazila started a campaign on Tuesday to vaccinate nearly 24,000 students.

[4] On Wednesday, authorities at the Belua Janata Bahumukhi High School at Hemnagar union made announcements through megaphones instructing students to bring the money. “Announc-ements we-re being made at several villages, including Belua, Bholar Para, Kumulli, Madarjani, and Jamtoil,” said Swapan Hasan, a student of the school who lives at Madarjani village. The teachers started collecting the money after the students queued up at the vaccination center on the day, according to the students.

“Earlier during the registration for the SSC exams, the school authorities charged us Tk100 for vaccination and now they are taking another Tk110,” said Anika, another student of the school.