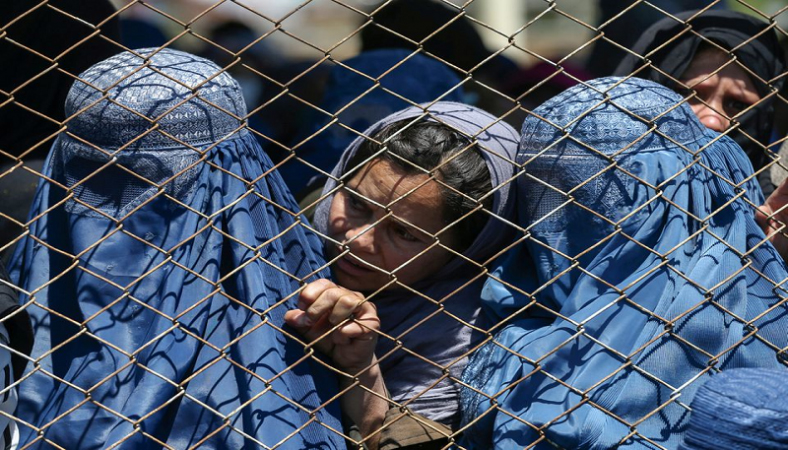 DOT Desk: [2] Taliban have barred female employees from entering the Ministry of Women Affairs in Kabul, allowing only males into the building, an employee of the ministry said.
[3] “Four women were not allowed to enter the building”, Sputnik quoted the employee as saying.

[4] The women intend to protest the move near the ministry, reports The Hindustan Times. [5] As the Taliban took control of Afghanistan once again after 20 years, experts believe that Afghan women are most likely to face an uncertain future under the terrorist group regime.

Under the Taliban, which ruled in accordance with a harsh interpretation of Islamic law, women were largely confined to their homes.

The US has completed the withdrawal of its troops from Afghanistan, ending one of its longest wars.

The Taliban’s seizure of the war-torn country came after international forces withdrew from Afghanistan, with the United States officially beginning its departure back in May.

Last month, in its first-ever presser after taking over Kabul, the Taliban had assured that the group is committed to providing women with their rights based on Islam.

“Taliban are committed to providing women with their rights based on Islam. Women can work in the health sector and other sectors where they are needed. There will be no discrimination against women,” said Taliban spokesperson Zabihullah Mujahid.

After coming to power last month, the group backtracked from its assurances to respect women’s rights in Afghanistan and announced a ban on coeducation.