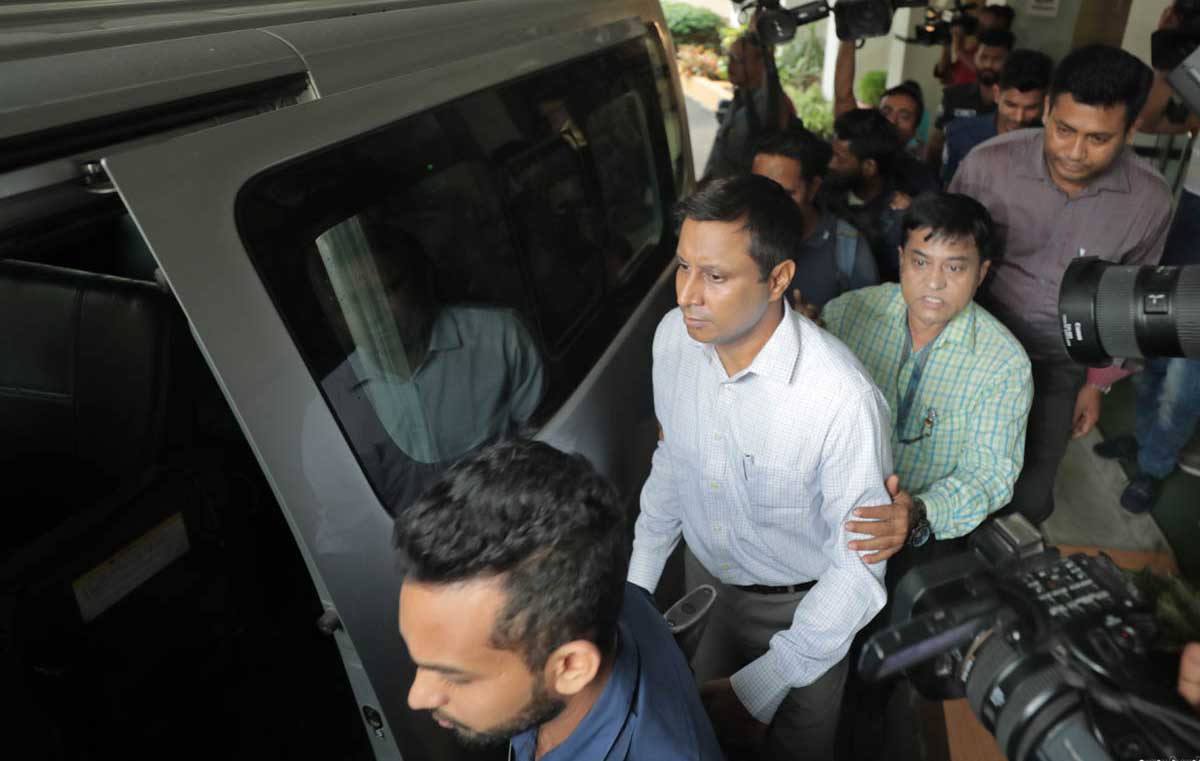 DOT Desk: [2] A Dhaka court has sent Partha Gopal Banik, a suspended deputy inspector general (prisons) of Sylhet division, to jail upon surrender in a case filed over the recovery of Tk80 lakh from his residence in Dhaka, reports The Daily Star.

[3] Judge Sheikh Nazmul Alam of the Dhaka’s Fourth Special Judge’s Court passed the order on Sunday after the accused surrendered before it as per a High Court order.
[4] Defence lawyer Asaduzzman Khan also submitted a petition seeking bail for the former police officer, but the court rejected the plea after the hearing.

On September 2, the High Court cancelled the unusual bail granted to Banik in the case and directed him to surrender to the court by September 20. [5] The court also directed the transfer of the case, filed against him by the Anti-Corruption Commission (ACC) in connection with the acquisition of non-income assets, to the Dhaka Speedy Trial Tribunal.

Judge Md Iqbal Hossain of the Fifth Special Judges Court of Dhaka granted the bail to Banik on June 17.

On June 28, the High Court sought a written explanation from the judge of the trial court on granting the bail.

On July 28, 2019, Banik was detained on charges of irregularities and corruption by the anti-graft agency, after Tk80 lakh was discovered during a raid at his flat in Dhaka.

The money was obtained through bribery, corruption, and irregularities, according to ACC.