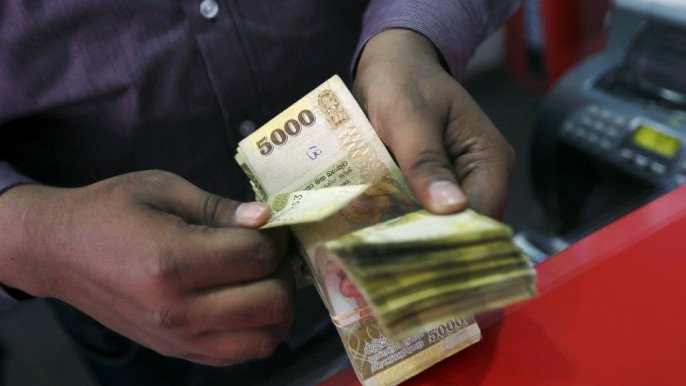 AFP: [2] The sharp fall in the value of the Sri Lankan rupee helped swell the amount of the country’s outstanding loans and advances to the private sector in March, according to Central Bank data.
[3] This gave a sudden boost to the private credit numbers, which otherwise had been anaemic and lacklustre, as the banks grew skittish over the deteriorating economic conditions and their consequences on their borrowers’ solvency and thereby the asset quality, Daily Mirror reported.

[4] The latest private sector credit growth numbers published by the Sri Lankan Central Bank for March showed that the licensed commercial banks’ outstanding private sector credit growth had swollen by an unprecedented Rs478.0 billion, marking the biggest expansion in private credit in a single month.
“The sharp depreciation of the Sri Lankan rupee in March 2022 remains the key reason for the augmentation of monetary and credit aggregates terms in March 2022,” the Central Bank said explaining the underlying reason for the sharp ascent.

[5] The rupee shed 80% of its value through 13 May, from 7 March, when the then Governor Ajith Nivard Cabraal botched the rupee float, which earned the rupee the dubious reputation as the world’s worst-performing currency.