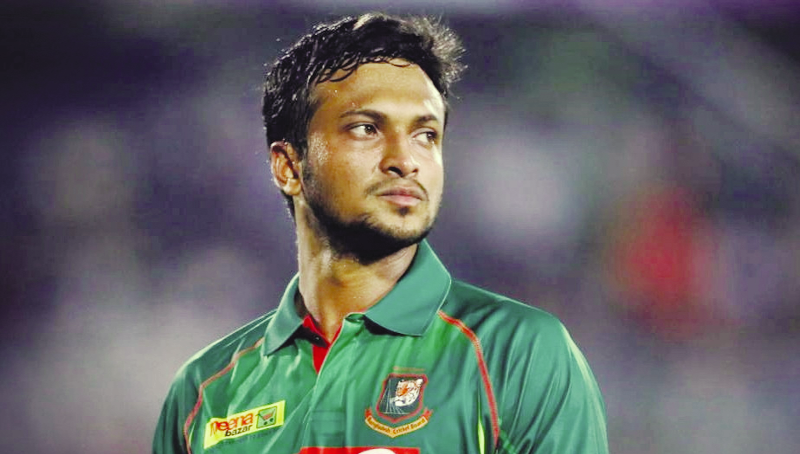 DOT Desk : [2] Bangladesh ace all-rounder Shakib al Hasan has not been picked by any team in the first bid from the all-rounder’s list during the Indian Premier League (IPL) auction on yesterday, reports DhakaTribune.

[3] Shakib has scored 276 runs in nine innings with an average of 34.50 and strike rate of 146.80 in the ongoing Bangladesh Premier League T20.
[4] Shakib also picked 15 wickets from nine innings and adjudged man of the match for record five times in a row in the current season of BPL.

Shakib has played nine seasons in IPL among 14. Shakib played for Kolkata Knight for seven seasons while Sunrisers Hyderabad for two.

Shakib has scored 793 runs and took 63 wickets from 71 matches in the tournament so far.