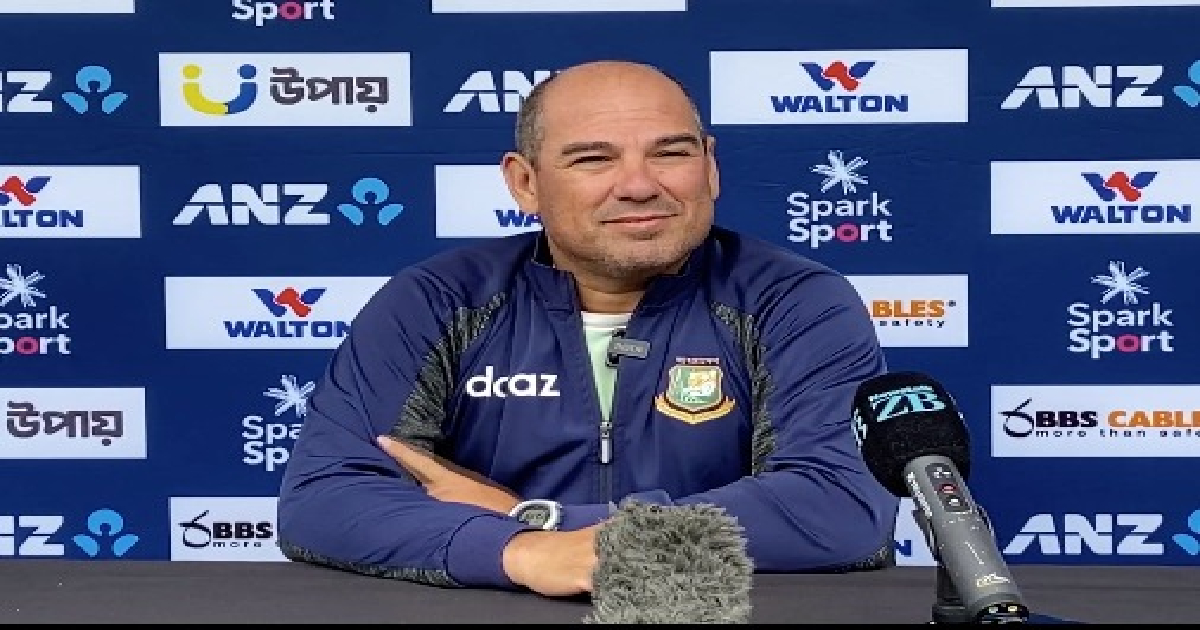 He said the win in the first Test was the result of the hard work of the players over the last few months during their tough time. Bangladesh are all set to take on New Zealand in the second Test on January 9 in Christchurch. The weather in Christchurch is cold and the wicket is also faster than the Tigers had one in Tauranga. So the second Test will be a tough one for the Tigers, believes Doming. “They now want to do something that no other Bangladesh side has done before and that is to win a series in New Zealand.

They are trying to do something very special that can inspire another generation of Bangladeshi cricketers,” Domingo said on Saturday ahead of the second Test.

Right-arm fast bowler Ebadot Hossain was the main architect of Bangladesh’s maiden win against New Zealand at their home.