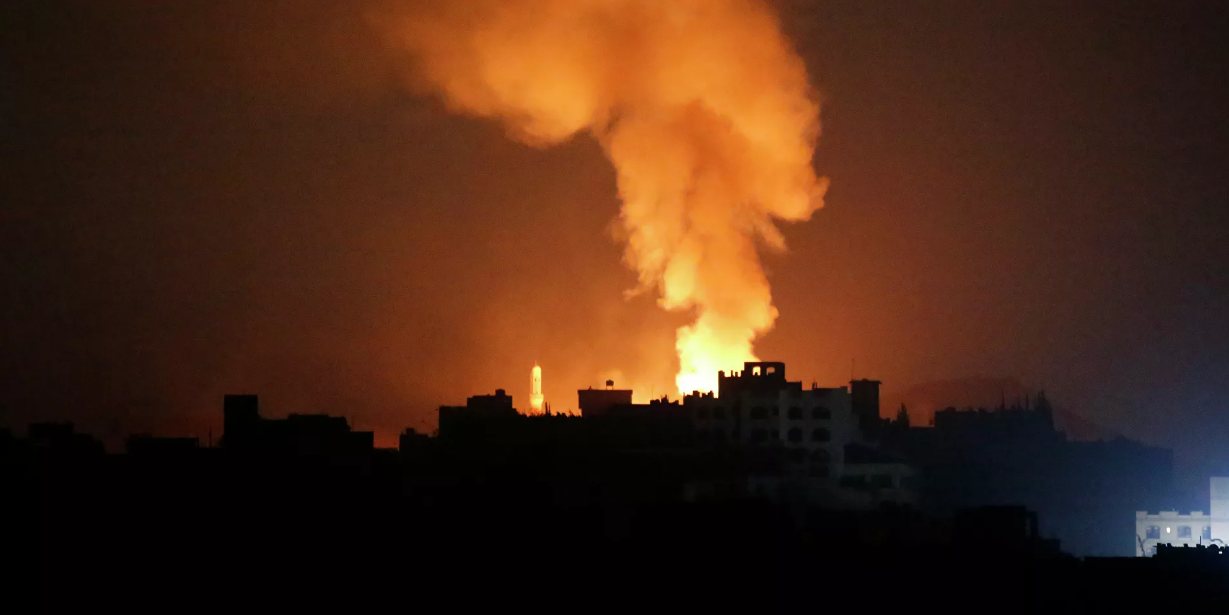 Sputnik News: [2] The Saudi-led coalition in Yemen confirmed on Tuesday that it carried out a series of same-day airstrikes against secret ballistic missile sites around Yemen’s capital.

[3] One desired target was located in Dhahban, just outside of Sanaa. Precautionary measures were taken to avoid civilian casualties and collateral damage, according to the coalition. The group also claimed that hospitals and organizations in the area have been compromised by the militants and civilians have reportedly been taken as human shields. Unconfirmed social media footage allegedly shows the scene in Sanaa—featuring one blast that illuminates the night sky.

Civilians and dogs can be overheard reacting to the blasts in another unconfirmed clip said to be from the area.
Unconfirmed stills have also been uploaded to social media.