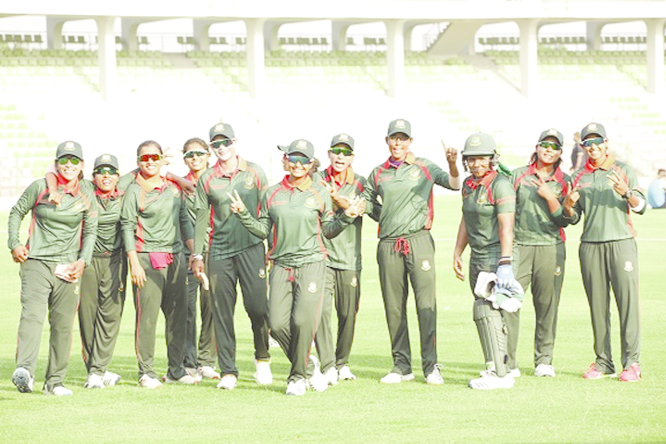 Labiba Khan of DOT
[2] The five-match ODI series between Bangladesh Women’s Emerging and South Africa Women’s Emerging is underway in Sylhet. Bangladesh, who have won the first two matches, picked up an easy win in the third ODI of the series yesterday. After batting in the morning, the Proteas were all out for just 92 runs.
[3] After winning the toss and choosing to bat, the opening pair of the Proteas broke the head for 25 runs. After that, if they lose wickets at regular intervals, the visitors are reduced to 33.3 overs.
[4] Aneke Bose scored a maximum of 30 runs. Ritu Moni, Nahida Akhter, and Rabia Khan took 3 wickets each for Bangladesh, reports Daily Sun. [5] The Tigers endured a five-match ODI series by defeating the emerging South African team by 6 wickets and winning three matches in a row, as per RTV Online.