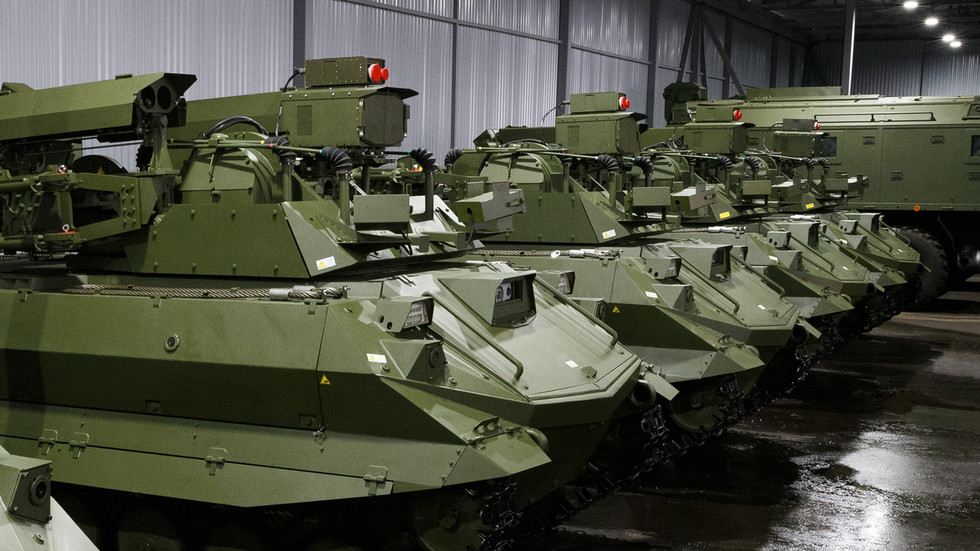 Russia Today: [2] The Russian military will soon be equipped with autonomous war robots capable of acting independently on the battlefield, Defense Minister Sergey Shoigu has said, adding that Moscow has launched mass production of such machines. [3] “These are not just some experimental prototypes but robots that can really be shown in sci-fi movies since they can fight on their own,” the minister told the Russian Zvezda broadcaster during the ‘New Knowledge’ forum, on Friday. Held in several Russian cities from May 20 to May 22, the forum is a series of educational events featuring top specialists in a variety of fields. [4] “A major effort” has been made to develop “the weapons of the future,” Shoigu said, referring to war robots equipped with artificial intelligence (AI).
The bots, which are said to be capable of independently accessing a combat situation, are part of the new state-of-the-art arsenal that the Russian military is currently focused on.

ALSO ON RT.COM
Russian bots: Armed Uran-9 ground drones enter service
Shoigu did not name any specific weapons systems when he talked about the bots. However, Russia has already unveiled a variety of autonomous and semi-autonomous machines, some of which have made their combat debut.

One is the Uran-9, a multipurpose robotic weapons system that looks like a small tank equipped with a 30mm gun, several flamethrowers and four guided anti-tank missiles. Designed for reconnaissance and fire support, it can assist soldiers on a battlefield to minimize potential casualties.

Another model in the ‘Uran’ series is an autonomous demining unit called Uran-6. A bulldozer-like robot weighing up to six tons, it is designed to create safe passages for soldiers walking in minefields. Both ‘Uran’ units were successfully used by the Russian military during the anti-terrorist campaign in Syria.