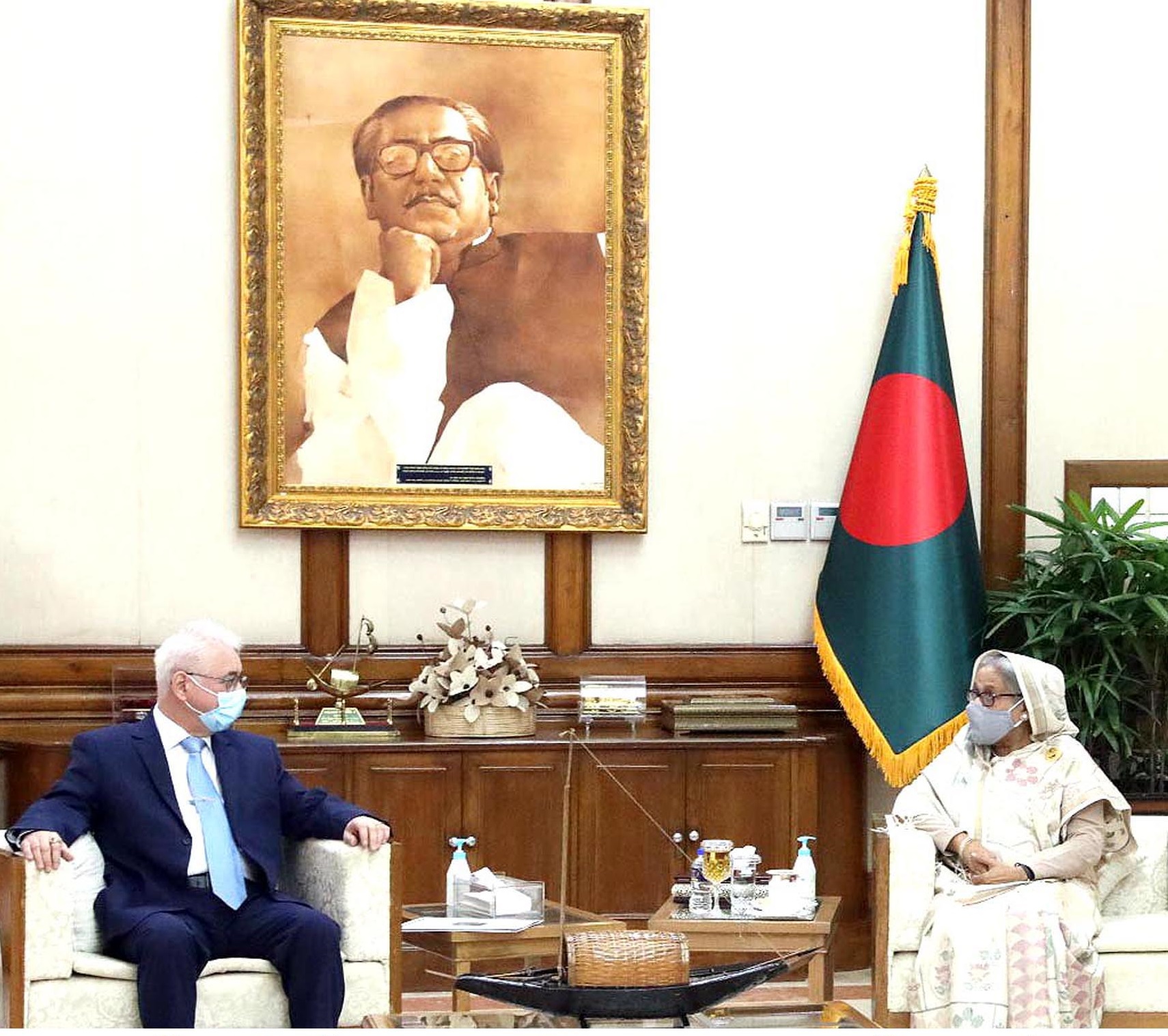 UNB : [2] Laying emphasis on expanding the areas of cooperation between Bangladesh and Russia, prime minister Sheikh Hasina on Wednesday sought Russian investment in Bangladesh’s jute sector. Sheikh Hasina said this when newly-appointed Russian ambassador to Bangladesh Alexander Vikentyevich Mantytskiy met her at her official residence, Gonobhaban, in the capital.

[4] She recalled the cooperation and assistance of the then Soviet Union during the Liberation War of Bangladesh and after its independence. The prime minister also mentioned that many students had studied in Russia, especially in its medical colleges, and said those who had helped Bangladesh during its trying time have special places in the hearts of the people.
of this country.

She also said Bangladesh government will be happy to receive Russian president Vladimir Putin if he visits Bangladesh.